Learn about all the one Sol collectible coins! 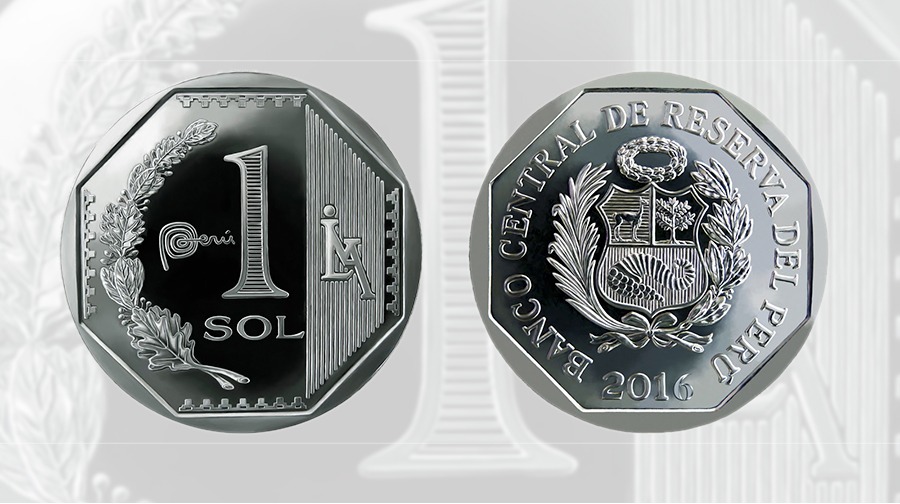 New one Sol coins have been incorporated over time. Each collection holds an important meaning for the Peruvian identity. Find out all about these collections issued to date.

Did you know that there are 45 one Sol collectible coins? And more are coming!

The one Sol coin, formerly known as Nuevo Sol, is part of our history. We, Peruvians, use it every day to carry out our day-to-day actions. And, while playing this role, because it is so present in our everyday lives, the Banco Central de Reserva and the Casa Nacional de la Moneda have presented collections of this currency for more than a decade.

Each  group of collectible coins has been divided into different series, seeking to focus special attention on icons of history, natural resources, wildlife and cultural wealth. Collectible coins in the history of Peru are several decades old. However, the then-Nuevo-Sol presented its first collection series in 2010. 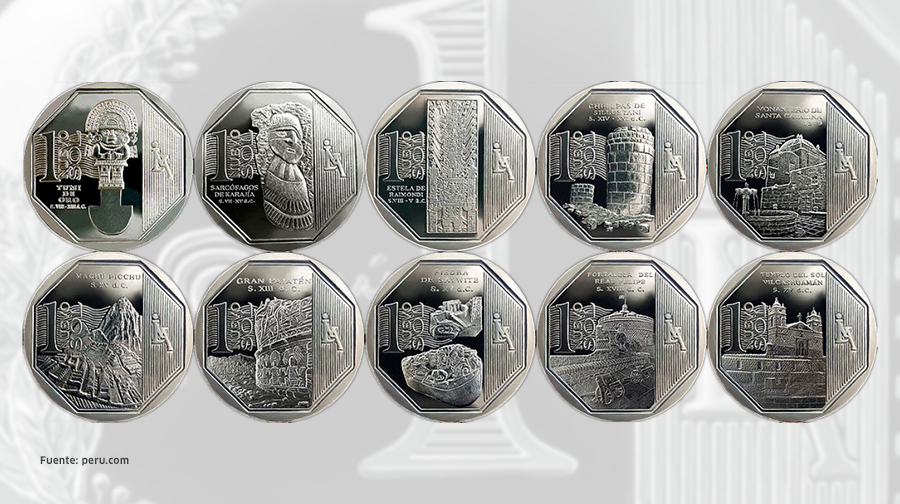 The numismatic series "Wealth and Pride of Peru" was aimed to promote Peruvian culture through the representation of a tourist attraction for each department of Peru. The series incorporated more coins until 2016, year in which it completed all 26 coins.

The following are attractions of each Nuevo Sol coin:

10. Temple of the Sun, Vilcashuamán (Ayacucho) 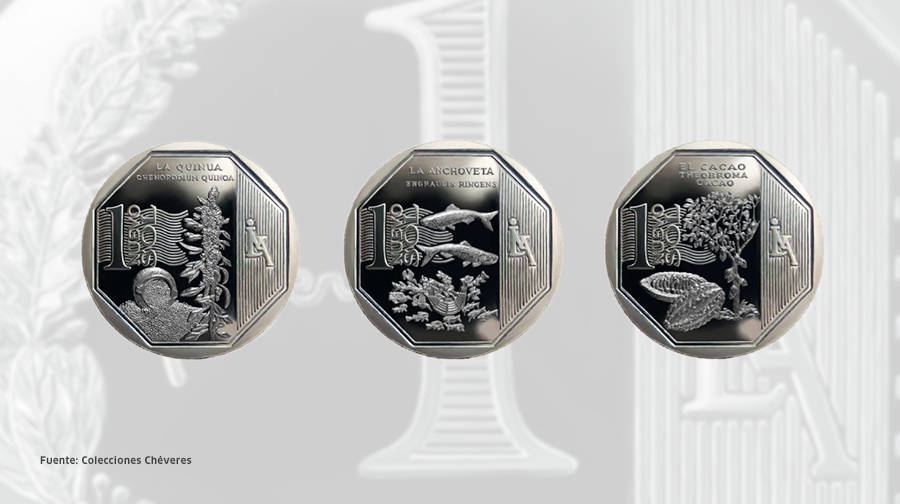 The distribution of these three coins began in 2013. The objective was to highlight the country's natural wealth. This series includes the main products that Peru exports to the world. The following one Sol coins were introduced: 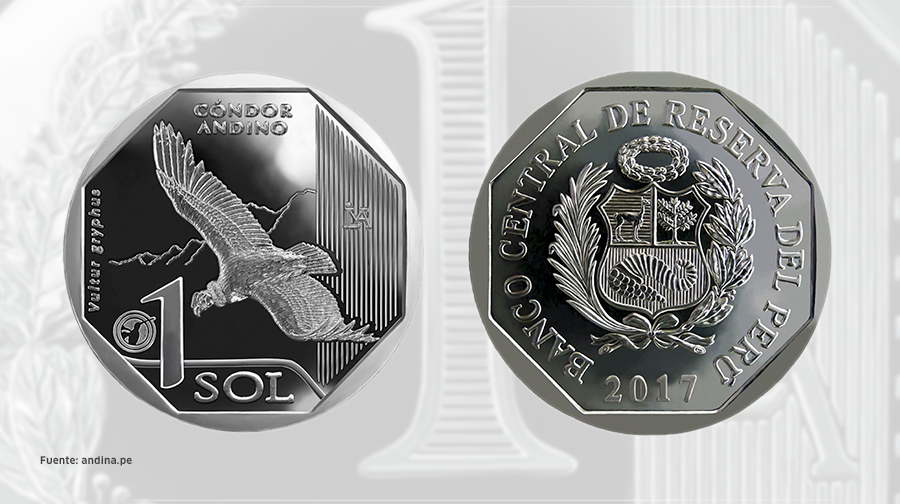 This progressive series that began in 2017 aimed at emphasizing an issue that affects the Peruvian wildlife. There are several endangered species throughout Peru. This initiative gives greater visibility to Peruvian animals that need the care for their habitats and respect for the environment.

A total of 10 coins integrate this series. 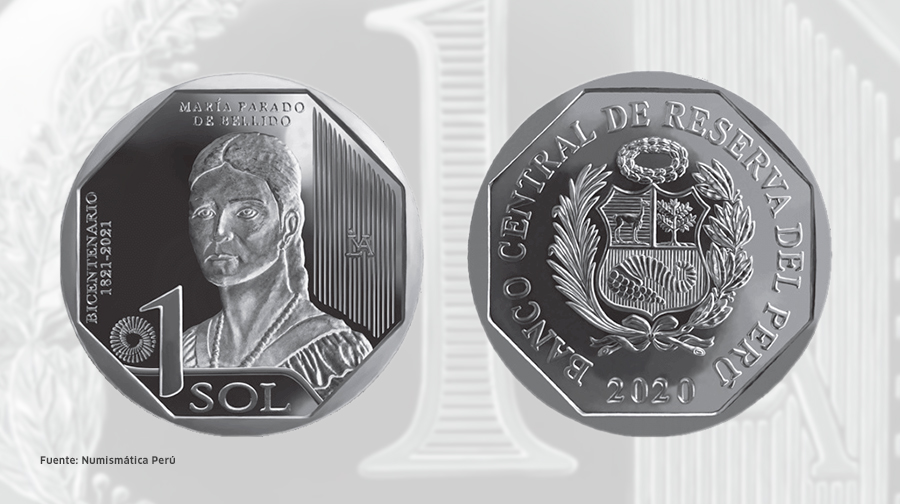 Women in the Peruvian Independence Process (2020)

The BCR states that "this series aims at paying tribute to and sharing the image and history of patriotic women who fought in various ways and even gave their lives to achieve the Independence of Peru." This series was launched on the next-to-last day of 2020. The women celebrated in this series are: 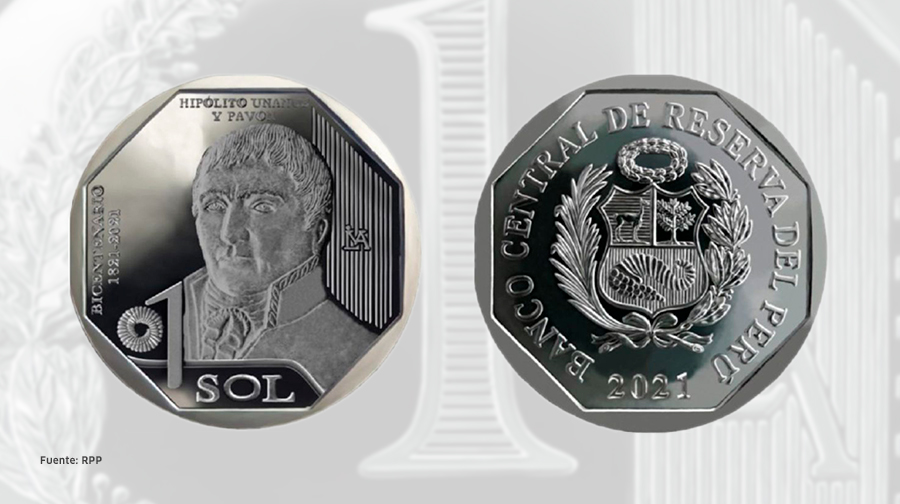 This year's collection will pay tribute to the people who fought to achieve Peru's freedom between the XVIII and XIX centuries. The Banco Central de Reserva will be responsible for presenting 9 coins throughout the year. Two coins have been launched to date:

Another interesting fact is that, since 2012 the Nuevo Sol (now one Sol) coin has been renewed and carries the Marca Perú logo, even though it is not a collector coin. The objective of this initiative was to emphasize the pride of all Peruvians in belonging to Peru.

Learn about all the one Sol collectible coins!