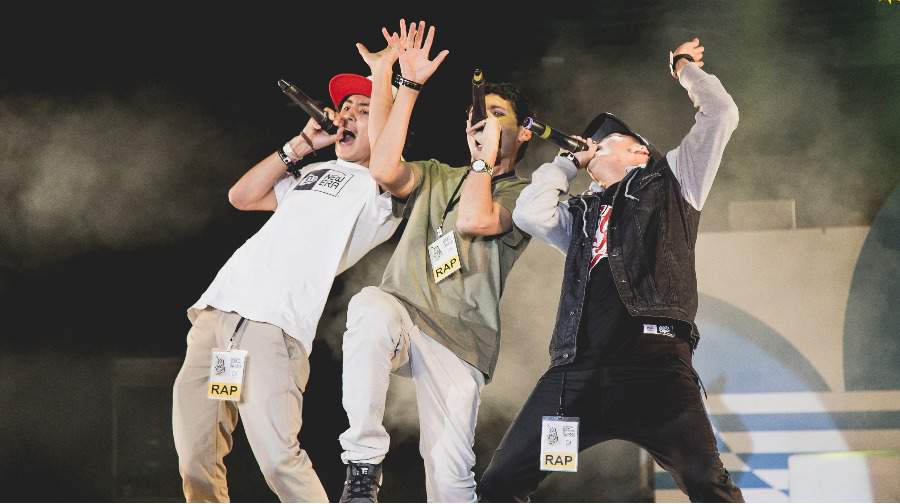 Lima will once again become the epicenter of urban culture from June 2-4 with the arrival of Festival Pura Calle at the Parque de la Exposicion. The one-of-a-kind festival is an urban discharge of hip-hop, rap, break dance, freestyle, skate, and other manifestations of urban culture that express the best of its art. This year marks the sixth edition of Festival Pura Calle in Lima.

Pura Calle was created in 2012 by Vania Masias as part of the Asociacion Cultural D1 (cultural non-profit), whose mission is to create developmental opportunities through transformative dance. The festival looks to become a space for integration and dialogue for the youth of Peru and the world through the strengthening of youth leaders that will empower a culture of non-violence through their own code and language. Due to the recent natural disasters in Peru, Pura Calle has decided to support the reconstruction efforts by highlighting the strength between reflection and action, resulting in the importance of prevention. Also, the festival will have collection centers for diapers, repellents, and empty plastic bottles for recycling.

During the three-day event, Pura Calle unites the best national and international exponents with competitions and exhibitions of urban dance, rap, and graffiti.

In the category of urban dance, the festival will organize competitions in hip hop, house, locking and popping, and breaking. As choreographers and judges, Pura Calle will feature veteran Jamel Brown (Loose Joint), a pioneer with more than 30 years in the hip-hop scene who has created choreographies for artists such as Michael Jackson, Mariah Carey, Will Smith, and Jay-Z. King Charles, who pioneered the well-known “Chicago footwork”, joins the participants as a representative of house style. In breakdance, Pura Calle welcomes BBoy Crumbs, who has worked with artists like Justin Timberlake and Christina Aguilera. The festival will also be joined by Keenan Cooks, who has done choreography work with Rihanna, Ne-Yo, Flo-Rida- Fonseca, Wisin, and Daddy Yankee. From Europe will be Marthe Vangeel (Amsterdam) in the style of dancehall; P LOCK (France), winner in locking of Juste Debout, and the number one in popping, Poppin C (Switzerland).

In the rap category, competitions will have different methods and themes and will be awarded based on the best message and content in both the freestyle level as well as group battles.

The graffiti category counts on the participation of Entes y Pésimo, who form the Peruvian artistic duo precursor of this art in the country. Their works have been presented in festivals such as Art Basel Miami Beach, Meeting of Styles, Street Science Festival, and many more. They are also the organizers of Latido Americano, a well-known urban art festival. The contestants can participate in the freestyle or junior categories and will be evaluated by distinguished judges.

Performing artist this year include Dengue Dengue Dengue!, a Peruvian audio-visual duet who focuses on exploring the native rhythms of Peru and the world by recreating in new fusions. Other artists include rapper Terco 92,  who represents the rhymes, freestyle, and written lyrics of  Villa El Salvador and from South Lima. Mari Zi, who has participated as a soloist in international and local festivals. Zona Infame and Rapper School will close the concert portion of the festival with style while reinforcing the rap scene of Peru.

Also, joining the program is DJ Red (from Spain), DJ “G” (from Sao Paulo), and DJ Yaku (from Perú).  Our MCs will be Lyrico, Zoldiac and Amauta.

Vania Masías, the founder of D1 and Pura Calle’s organizer, stated “we are happy to be celebrating our sixth year. We will continue working diligently to form leaders and unite the youth of Peru and Latin America. We believe that this is the best contribution we can offer our country.”