Meet Patrick Romantik, the Peruvian composer who has created hits for Enrique Iglesias and Thalía 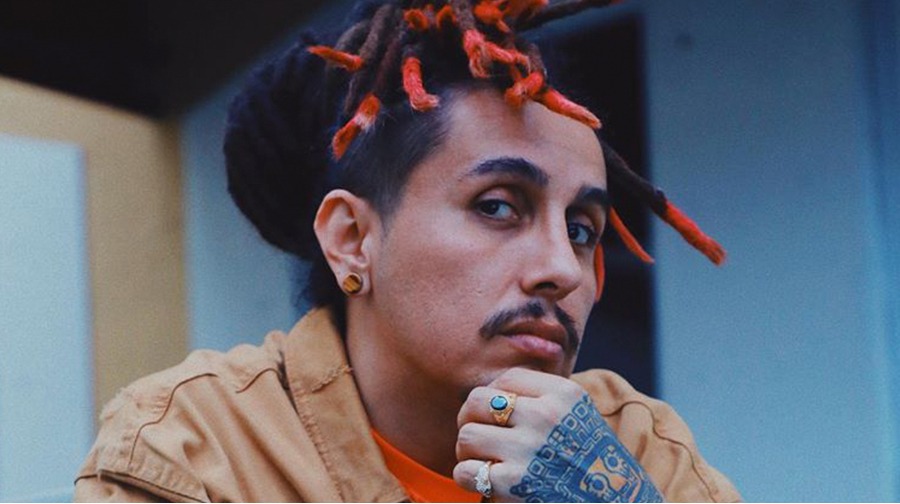 An export-quality Peruvian. When Patrick Ingunza – now known in the international music industry as Patrick Romantik – was a teenager composing harmonious melodies that could be heard in his neighborhood, Mirones, he used to imagine what it would be like to make a living from music. Today that daydreaming teenager no longer produces music simply for the love of art, and has instead managed to position himself within the urban genre and is one of the main people responsible for the most talked about hits on radio and streaming platforms.

It was always clear to him: he wanted to make a living from music. That’s why, from the age of sixteen, when he left Peru to live in the US, he worked long and hard to perfect his musical skills. “I sold water, I collected trash, I cleaned bathrooms, cars, I emptied containers, etc. And I used what I earned to buy instruments and teach myself to play, produce and record. I play the guitar, piano, bass, without wanting to, I'm an instrumentalist, arranger, programmer, producer engineer, and I learned it all by myself,” he says.

The road to success

Every effort has a great reward, and Patrick's case has been no exception. The songs that he wrote after finishing work, began to appeal to some emerging artists, and he had no idea that, on this road, it would be no other than Enrique Iglesias himself who would give him the opportunity that he’d been seeking to launch his career.

“Seven years ago, I was writing for lesser-known artists with my brothers Servando Primera and Mario Cáceres, until one of the songs was heard by the producer at Luny Tunes, who showed it to (Enrique) Iglesias and decided to record it. Then came the other tracks,” he explains.

Patrick says that after hearing the Spanish singer perform the lyrics of his song, he couldn't believe that he was the creator of such a catchy hit. “I didn’t know that it was the starting point for many other things that are happening in my career. I didn’t take it in at the time. But I think that it’s all been a learning process. Now I want everyone to record me," he adds.

It was, thus, the spotlight that he needed to make other urban music singers notice him. Some of his most popular hits include Lindo pero Bruto by Mexican singer Thalía, and the song which has been sung a thousand times, Mayores, by North American artist Karol G (the hit has had over a billion views on YouTube). He has also composed the song Addict by Prince Royce and Marc Anthony.

With his own voice

More recently, the composer took another big step in his career. This time, he was asked by Sony Music to present his talent alongside the successful singer Leslie Shaw. But this time, Patrick's creativity would be captured in front of the microphone with the song Cerquita de Mí.

“The song has a lot of my essence, what I am, it has cumbia which I love, charango... I'm moving forward step by step, I'm not the kind of person who’s just looking for recognition, I want people to get to know my personality and I want my story to make them dream," he explains.

He also said that he is thrilled to join voices with the La Faldita singer. “Leslie is a great friend and we had already worked together on a few projects. The record label suggested I make a song with someone else, but, since we both work with the same label, I suggested it to her and she got back to me straight away to say she would love to. I feel truly honored to work with her on this new production,” he said.

Patrick released this track a year ago, and the duet with Leslie Shaw was released four months ago. Today it has been viewed more than 700,000 times on YouTube.

Patrick Romantik says that for a Peruvian artist to succeed abroad, they must be disciplined and have a strategy that helps keep them moving up. “I think that it’s neither easy nor complicated. It’s more strategic. With a good strategy, talent, good songs and a good product, we can reach whatever level we want. Leslie Shaw, for example, has songs with Ricky and Mau. Strategy, perseverance and discipline are the keys to internationalization,” he explained.