Peruvian fagotista triumphs in Brazil with his art 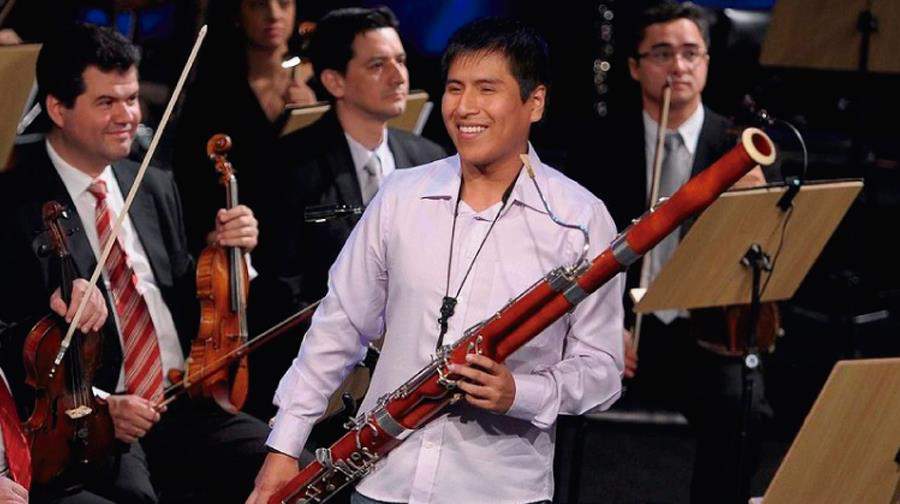 Talent that crosses borders. After an arduous work full of sacrifices, the Peruvian bassoonist Luis Abelardo Chávez Quispe was able to consecrate itself within the four finalists in the 2016 edition of the important program of classical music "Preludio", the TV Cultural channel of Brazil emits.

With just 25 years, the young talent, coming from the city of Tacna, participated along with 200 other musicians from different parts of the country, being the only foreigner to be noted for his ability with the classic wind instrument.

Chavez Quispe, who is the first bassoon of the São Paulo State Youth Orchestra, has toured cities like Berlin, Amsterdam, Lyon, Washington, and New York and is currently preparing to continue his musical development at a conservatory in Europe.

However, it is not the only recognition that the young bassoonist had in Brazilian lands, proof of this is the achievement obtained in the last edition of the "Ernami de Almeida Machado" prize, where he was one of the five winners among 14 talented finals.

He says that from the age of five he began his contact with music, leaning towards the wind instruments, passing the flute, the saxophone and finally the bassoon where he was surprised by the musicalization when seeing a quartet that played the song of the video game Mario Bros.

It was there that he was encouraged to dedicate himself to play this fascinating instrument. However, because of the complicated and expensive it was to follow this art, decided with much sacrifice and support of his mother, travel to Brazil where he would write the first chapters of his successful career.