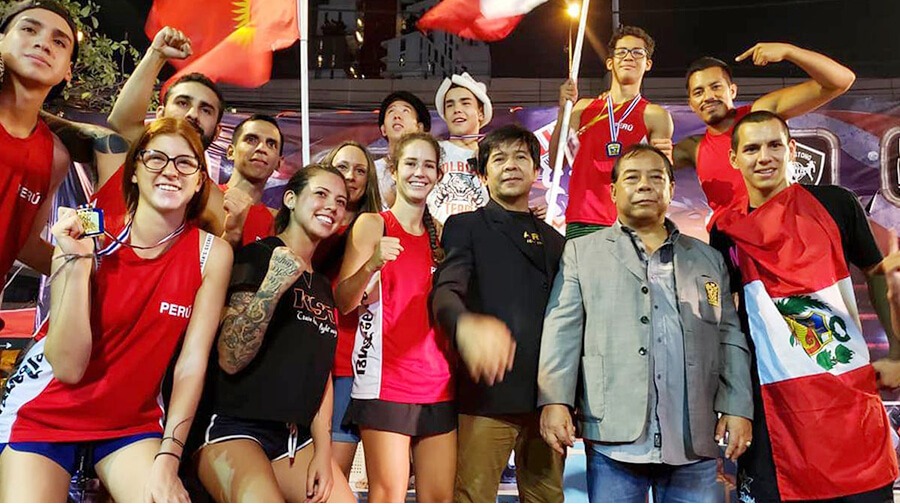 Last weekend, four Peruvian fighters won titles in the different categories of the sports event organized by the World Muaythai Federation (WMF), which took place in Thailand from March 12 to 18.

Fiorella Conroy, Eduardo Henostroza, Martina Muñoz and Piero Pineda waved the Peruvian flag as a sign of triumph in distant Thailand, the birthplace of this sport.

Our four compatriots won gold medals in the categories they took part in, having fought up to five fights in one week. The best result of this competition was the WMF world title won by 16-year-old Martina Muñoz, a member of the Knockstar Team, who secured her place when she beat Russia in the final.

Piero 'The Killer' Pineda is another promising young Peruvian Muay Thai fighter who became champion of the youth -63.5 kg category at the age of 16. Pineda is one of team BarranKO’s fighters.

For their part, Fiorella Conroy and Eduardo Henostroza, also from the BarranKO academy, won the Adult -54 kg and Adult -60 kg categories, respectively. Both fighters performed impeccably, which earned them deserved titles.