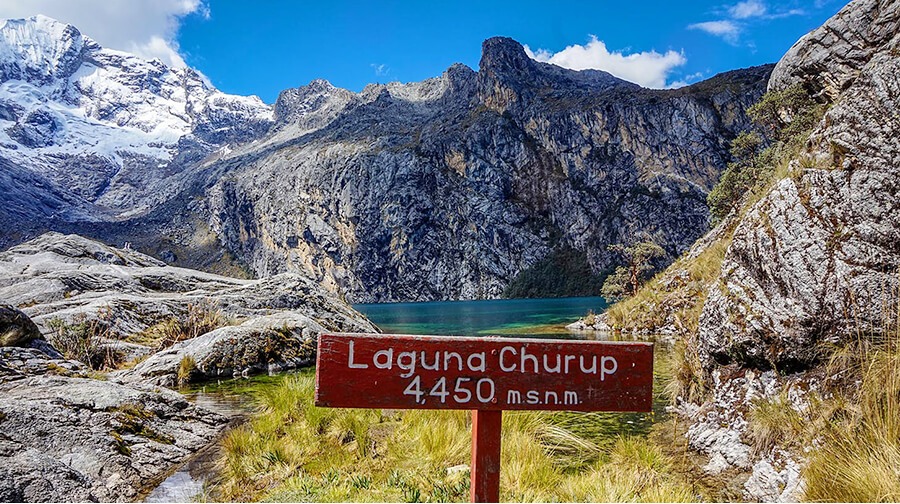 Most travelers on a debut tour of Peru struggle to tear themselves away from the evocative ruins of Machu Picchu. But the so-called "lost city of the Incas" is merely the opening salvo in a country awash with sprawling archeological sites, gigantic waterfalls, thick jungle, high altitude hikes and delicious regional restaurants, a surprising number of which lie scattered across Peru’s largely unexplored northern highlands.

If you prefer solitude to crowds and DIY exploration over tailor-made tours, skip Machu Picchu and hit the north.

Older than Machu Picchu and located at a significantly higher altitude, Kuélap is a pre-Inca settlement and ceremonial center now rendered a distinguished ruin. Built by the Chachapoyas culture between 900 and 1100AD, the large and remarkably well-preserved site is perched atop a 3000m-high ridge surrounded by a ring of formidable limestone walls that would dwarf many European castles.

Due to its isolation high above the narrow Utcubamba valley, Kuélap never gained the fame or popularity of Machu Picchu, though this could soon change. The installation of a cable car in 2017 has made the ruins tantalizingly accessible. Eight-berth ‘cabins’ take visitors on a condor-soaring 4km ride across a spectacular V-shaped river valley to within a 20-minute walk of the ruins. Since the cable car’s installation, tourist numbers to Kuélap have more than doubled, but they’re still only one-tenth of Machu Picchu’s annual haul. Go soon!

In the greatest hits of world waterfalls, the name Gocta barely gets a mention. Before this gigantic two-tiered water flume was charted on an expedition in 2005, only nearby locals knew of its existence. Initial publicity claimed Gocta, at 771m, was the world’s third tallest waterfall, though subsequent studies have pushed it down to 15th. Whatever its ranking, the falls are magical, and over the last decade the Peruvian government has tentatively opened the area to tourism. A series of well-signposted trails direct hikers through thick, damp forest to within water splashing distance of both the upper and lower cascades, joined by a steep muddy path. Surprisingly, given the magnificent surroundings, tourism in the area has yet to rise above a trickle and, on a quiet day, you can still have one of the natural wonders of Peru to yourself.

The diminutive colonial settlement of Leimebamba two hours south of Chachapoyas is little known outside archeological circles. Yet, thanks to a group of enthusiastic excavators who uncovered over 200 pre-Colombian mummies in funerary towers close to nearby Laguna de los Cóndores in 1996, it hosts one of the finest small museums in Peru. Located 5km south of town next to a delightful hummingbird garden and organic café, the Museo Leimebamba displays its hauntingly life-like mummies in a special temperature-controlled room. Backing it up are panels relating how the mummies were discovered and fascinating facts about the Chachapoyas culture they represent.

Should the story inspire you, it is possible to rent guides and horses and embark on a three-day round-trip journey to the remote Laguna where the mummies were unearthed. Here, you can stay in simple cabins and go fishing on the lake while getting a rare insight into northern Peru’s mythical cloud warriors and how they lived.

Peru’s snow-encrusted Cordillera is one of the pinnacles of the Andes. Herein lie some of South America’s highest mountains including 6768m Huascarán (the loftiest peak in Peru) and the imposing Siula Grande, made famous through the book and film Touching the Void. But this dense cluster of crinkled mountains is not just a rugged recreation ground for advanced alpinists. The scruffy but hospitable city of Huaraz, 420km north of Lima, is the trekking capital of Peru where hikers of all abilities congregate in well-worn backpacker bars to trade advice, recommendations and tales from the trails. The most popular multi-day hike hereabouts is the three-day 45km Santa Cruz trail, a quieter alternative to Machu Picchu’s over-loved Inca trail that ascends to a head-lightening 4750m, but doesn’t require guides, pre-arranged permits or technical mountaineering skills. Part of the fun of doing the Santa Cruz is that it also encourages you to try out some acclimatization hikes beforehand. A perennial favorite is the short but sweet climb up to Laguna Churup set in a frosty natural amphitheater a few kilometers outside central Huaraz.

Earthquakes have done their damage to northern Peru’s towns, many of which were rebuilt quickly and cheaply in a drab modern style. Tiny Chacas located 3360m above sea level on the eastern flanks of the Cordillera Blanca is a welcome exception. The reason? A foresighted Italian missionary named Padre Ugo de Censi who, after arriving in the town as parish priest in the mid-1970s, formed a woodcarving cooperative to tackle poverty in the region. The Don Bosco Cooperative not only offers young Peruvians the chance to hone their artisan skills in woodcarving (and more recently glass-making and textiles), it has also helped to rejuvenate the urban fabric of Chacas. Damaged after several earthquakes, the local Mama Ashu church has been rebuilt as a handsome renaissance-inspired structure adorned with beautiful wooden doors and embellished inside with rich choir stalls and a meticulously restored baroque altarpiece.

You can admire the co-op’s work, not just in the church, but all over town in whitewashed houses known for their distinctive wooden balconies and balustrades. Chacas also acts as an excellent base for lengthy hikes into the surrounding Cordillera Blanca.

Heading east in northern Peru takes you from the surf-beaches of Máncora, via the mist enshrouded cloud forests of the Northern Highlands, to the gates to the world’s largest rainforest at Moyobamba.

Moyobamba is often dismissed as a glorified bus-stop for people heading deeper into the Amazon jungle, but the so-called ‘city of orchids’ deserves more than a cursory glance. Tourist authorities, working together with local communities, have developed several ecological activities in the area, including hikes through the forested Morro de Calzada (a local hill and viewpoint rich in birdlife), boat trips on the meandering Rio Mayo (a foretaste of the mighty Amazon), and visits to the Waqanki Orchid Center that also harbors a variety of hummingbird species.

Although earthquakes have leveled much of the town’s historic architecture, Moyobamba’s flower bedizened main square is within strolling distance of a couple of top-class coffee bars selling the locally-grown beans. If coming from the west, the town is also your first real chance to sample genuine Amazonian cuisine. Think grilled catfish, juanes (boiled rice-balls wrapped in bijao leaves) or – should you be feeling adventurous – termites. Make the tiki-themed La Olla de Barro your first stop.