Scenes from the Sacred Valley of the Incas grace the pages of Marie Claire's U.S. edition 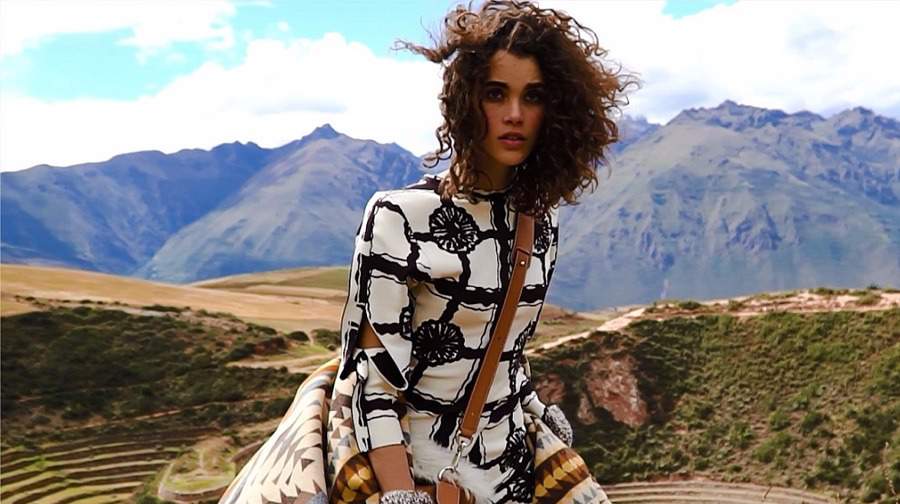 The U.S. edition of Marie Claire magazine dedicated 13 pages of its September issue to Urubamba, “The Sacred Valley of the Incas”. Its fashion editorial entitled “Sacred Land” featured beautiful landscapes from Cusco like the Maras Salt Mines and the Moray Archaeological Complex, reported the Peruvian Export and Tourism Promotion Board - PROMPERÚ.

The shoot was produced by Lucero Boza. Behind the camera was world-renowned fashion photographer Michelangelo Di Battista, and Pauline Hoarau was the model.

The September issue of fashion magazines is considered the most important of the year because it sets the tone in design for the next 12 months.

PROMPERÚ’s participation in the shoot helps promote Peru in North America. It presents the country as an attractive, exclusive and competitive destination with spectacular scenery, contributing to an upsurge in inbound tourism.

Last year, Peru dethroned Brazil as the top destination for tourists from the U.S. in South America.

PROMPERÚ uses this type of activity to continue positioning and promoting Peru’s image, prestige and reputation. It also aims to sell Peru as a destination for locations for different industries like film, television, music or fashion, in order to give the country important exposure in international media.

Marie Claire magazine was founded in 1937, and the first issue of the magazine’s U.S. edition came off the press in 1994. It is now known for publishing fashion-related content of substance for women. It has a monthly readership of over 9 million and has generated increasing attention on social media, with over 6 million followers.

It also has a network of 933,820 subscribers. On social media, it reaches more than 7 million women, fans and followers, a figure that grows by 21% each year. (Sources: Marie Claire December 2016 AAM Statement by GFK MRI Doublebase, ComScore Multi-Platform January 2017).

About the U.S. market

From January to May of this year, Peru received 224,147 visits from tourists from the U.S.

In 2015, the U.S. accounted for an influx of 707 million tourist dollars to Peru, making it the country’s most lucrative market.

The average U.S. tourist spends $1444 in Peru, with an average stay of 13 nights. Vacationers made up 60% of those visitors, while 17% came to Peru to visit family and friends and 13% for business. (Source: Foreign Tourist Profile prepared by PROMPERÚ).