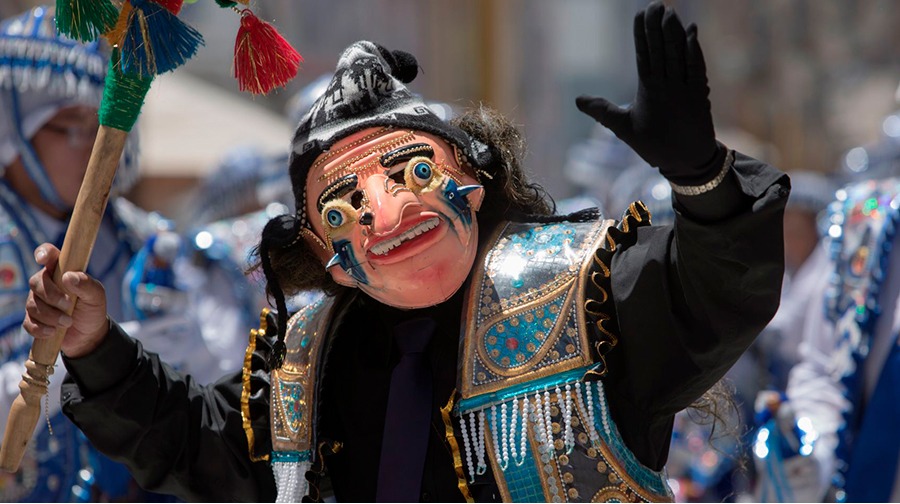 The Commission for the Promotion of Peru for Exports and Tourism (PROMPERÚ) and the DIRCETUR of Puno announced that from February 1 to 15, Puno is expecting to receive around 60 thousand tourists, who will join the biggest religious celebration in the south of Peru, the "Virgen de la Candelaria" Festival.

On February 1, the festivities will begin with the first procession of the Virgen to the atrium of the sanctuary for the veneration of the faithful. Then, the following day, the solemn Octave Mass will be celebrated in honor of the Most Holy Virgen de la Candelaria, in the San Juan Bautista Parish in Puno. On both days, the LVI Traditional and Native Dance Competition will also be held, organized by Puno's Regional Federation of Folklore and Culture.

Meanwhile, on February 9, the LVI Dance Competition performed in Traje de Luces (elaborate, indigenous costumes) will be held in honor of the Candelaria in the Enrique Torres Belón Monumental Stadium, where the dancers will perform a display of color and joy, thanks to the costumes of the participating folk groups.

Finally, on February 10 and 11, the dancers will take to the streets of Puno to carry out the Great Parade and Veneration of the Virgen, on a three kilometer route, where joy and devotion will be the protagonists throughout.

Travelers who join this wonderful celebration will also be able to appreciate the region's attractions, such as the Minor Basilica of the Cathedral of Puno (declared Cultural Heritage of the Nation) and Huajsapata Hill (a natural viewpoint from where the city of Puno and Lake Titicaca can be seen).

It is important to note that in 2014, UNESCO granted the Virgen de la Candelaria Festival the title of Intangible Cultural Heritage of Humanity.

According to PROMPERÚ's 2018 National Vacationer Profile, 89% of the vacationers who arrived in Puno took part in nature activities and 70% did cultural activities, such as visiting native communities and archaeological sites. Moreover, they stayed for an average of 6 nights in the folkloric capital of America and spent an average of S/ 573 during their trip.