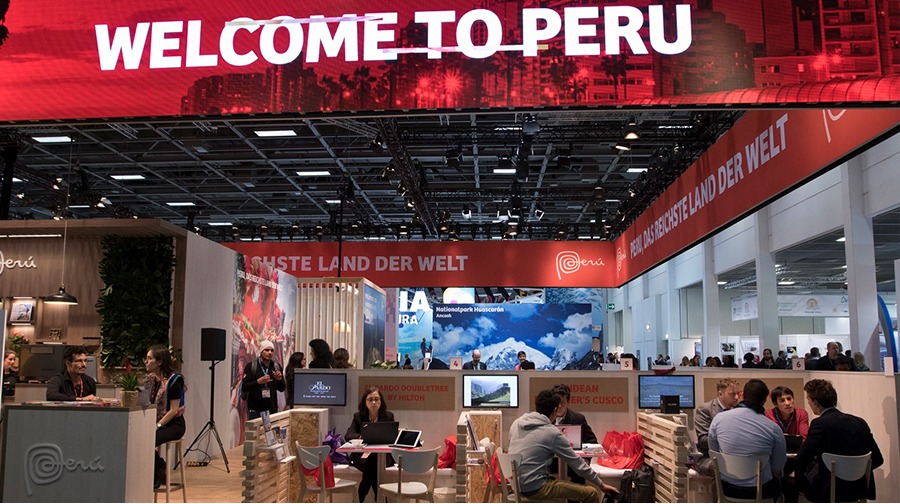 The Commission for the Promotion of Peruvian Exports and Tourism (PROMPERÚ) and the 30 co-exhibitors that attended the 52nd Berlin International Travel Fair (ITB) achieved their goal of publicizing Peru's adventure and nature tourism on the German market.

After winning four Golden City Gate awards for the Peruvian-made audiovisual works 'Film in Peru', 'Generation with a Cause', Voyager colors of Peru’ and ‘Peru, the richest country in the world', as well as the PATWA award recognizing Peru as Best Destination for Ancient History, this gathering is expected to result in business deals of US$11.5 million and a network of 310 key contacts in the German tourist industry.

Peru is one of Germany's favorite tourist destinations in South America: as well as its captivating cultural heritage, German tourists value the nature and adventure that Peru has to offer. They like to visit areas and nature reserves, as well as doing walks and hikes of varying levels of difficulty in the rich and varied Peruvian geography.

The German tourist operators showed an interest in continuing to boost sales to the north of Peru, particularly highlighting the attractions of the Amazon region, which links up with the Moche Route. It is worth pointing out that the country which provided the most international tourists to the Kuélap archaeological site last year was Germany, with 2,689 visitors. With regards to adventure activities, promotional work focused on routes for trekking, one of German tourists' favorite activities in our country, emphasizing the fascinating alternative routes of Cuzco, particularly Lares, Ausangate and Choquequirao, and showing the incredible mountain routes offered by the Áncash region.

It should be noted that German tour operators have started the year with an increase in sales for Peru compared to last year and this positive trend is expected to continue up to an 8% increase at the end of 2018.

Peru ranks second among South American countries in terms of German tourist arrivals. In 2017 it recorded a total of 78,199 arrivals from this country, which represents a 5% increase compared to the previous year.