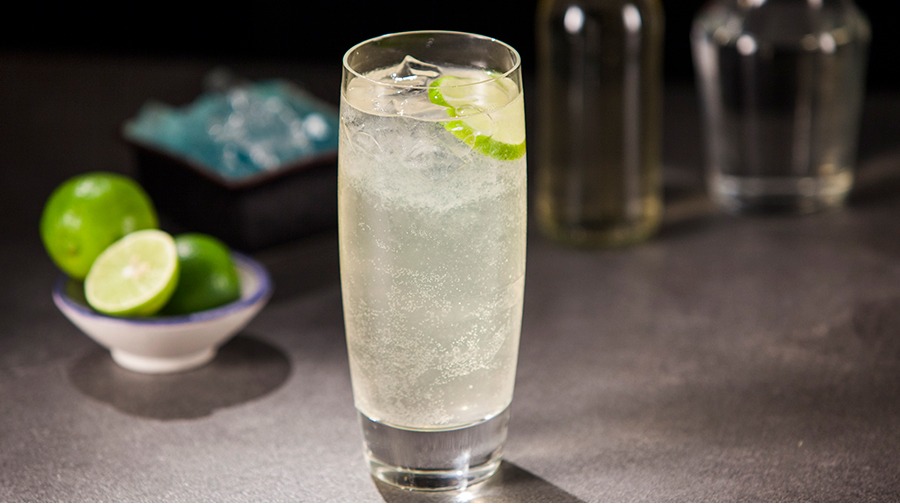 With the arrival of January, Peru celebrates a very special event: Chilcano Week. This celebration exhibits and promotes one of the most traditional Peruvian cocktails, whose main ingredient is Pisco.

Chilcano Week aims to give exposure to small and medium brands that work hard to achieve high quality Piscos. The event was created in January 2010 by Peruvian writer and journalist Manuel Cadenas Mujica.

Among the activities carried out during the most important Pisco festival of the year, the Chilcano routes, tastings, wine and food matchings, Chilcano parties and gatherings, and master classes all stand out. All with the clear objective of showing off the unique quality of Pisco, as well as offering opportunities to small and medium producers who strive to offer a liquid jewel as living proof of their effort, love for the land and roots.

For this Peruvian celebration, we invite you to learn more about the Chilcano and how to prepare it to join in with the festivities.

How did the Chilcano first appear?

There are several versions of the story regarding the origins of this drink. One of the versions, defended by Cadenas Mujica, states that this cocktail was first created in the households of Lima at the beginning of the 20th century, somewhere between 1898 and 1910. "This is when the first literary record of the consumption of Chilcanos was made. Some questioned the origin, but we have proved that at that time the Chilcano was consumed as an imitation of English gin," says the writer.

An interesting fact is found in the book Lima Criolla, dating from 1900, in which the chronicler Eudocio Carrera Vergara, explains that this cocktail has Italian influence, since it comes from the Buon Giorno (grappa with ginger ale and a slice of lime). The Italians arrived in Peru at the beginning of the 20th century, at the time when the Peruvian version of the European drink may have been created.

The same theory is shared by researcher Guillermo Vera and mixologist Ricardo Carpio, who maintain that the Chilcano originated in the Italian pulperías (a kind of general store crossed with a tavern), where they used Italian liquor and ginger ale for the drinks, but whenever they ran out of Italian liquor, they would replace it with the Peruvian distillate. "We do not know the exact creation date of the Chilcano, but its origin dates back to the early years of the 20th century. The cocktail is mentioned from 1910 onwards," says Vera.

One of the big questions about the Chilcano is the origin of its name. The first thing one can relate it to is the Peruvian soup which shares the name and is made with fish heads and plenty of lime. Is there a link?

In the book Diccionario de la gastronomía peruana tradicional ("Dictionary of Traditional Peruvian Gastronomy"), Sergio Zapata Acha maintains that in the port of Chilca, to the south of Lima, fishermen created the soup whose fame spread throughout the country due to its taste and, especially, for its energizing power thanks to its high content of iron and phosphorus. That restorative value for the body and the addition of lime could have been the inspiration for the drink's name.

This version is shared by the creator of Chilcano Week, who also maintains that the name of the cocktail is of Quechua origin. "It is the name of a soup that seems to have adopted the name of the area in which it was prepared by the Chilca fisherman. It comes from the Quechua name chill'ka, the reed with which the ancient inhabitants of the Peruvian coast made their huts and funeral bundles," he says.

The bartender Mauro Visa has another version. The president of Peru between 1948 and 1956, Manuel Odría, was honored during a visit to Chilca. To celebrate his presence, he was given a drink that was a mixture of soda and Pisco. The concoction was to the taste of the ruler, who asked for the name of the creator. The young man Cano. Chilcano.

How is it prepared?

The way the Chilcano is prepared is one of the reasons behind its success, since it does not require a lot of ingredients or knowledge to make. Now, how to know which Pisco to use, Peruvian sommelier Lucero Villagarcía advises everyone to choose the Pisco of their preference.

As is well known, Pisco is only produced from eight varieties of grape which are known as Pisco grapes: Negra Criolla, Mollar, Quebranta (native to Peru, resulting from a mutation of the Negra Criolla grape due to its adaptation to the climate and soil of the Peruvian coast), Uvina, Italia, Torontel, Muscatel and Albilla.

Villagarcía, who is an expert on Peru's national drink, prefers a Chilcano with Torontel Pisco, which has certain "floral and citrus touches". But there are those who like "less expressive" Piscos which are more "neutral", like Quebranta Pisco. For others, a Chilcano made with the Muscatel variety of grape would be too "invasive" because of its aromas of roses, vanilla and peach, but for someone else, it would be perfect.

When you have chosen the Pisco you are going to use, you are ready to prepare a Chilcano. For this you will need:

Now, put the ice in a tall glass and pour in the Pisco. Add the ginger ale and the Angostura bitters. Then add the lime and stir.

In this tenth edition of Chilcano Week, which runs from January 10 to 17, hundreds of wineries, Pisco brands, bars, restaurants, hotel chains, and other establishments present the best offers and promotions on their products. In addition, bartenders, sommeliers, tasters and chefs provide the public with the best experiences.

With the hashtag #EnModoChilcano, you will find a variety of activities related to this celebration, among which are:

It will be attended by Britvic's brand ambassador to Latin America, Franco Cabachi. Admission is totally free.

Dinner and tasting with guinea pig and alpaca dishes

There will be a dinner with food and drink pairing, with dishes made from guinea pig and alpaca. The price will be S/ 65.

The Unión de Maceradores de Pisco will present various products for a tasting in PiscoBar. Admission is completely free.

There will be a discussion about the Chilcano in which Roberto Ríos, bartender and ambassador of Pisco Week, will participate.

InCata will present its Pisco pairings at Dinners in the Sky.

For more information go to www.semanadelchilcano.com