Peru: The largest producer and exporter of quinoa 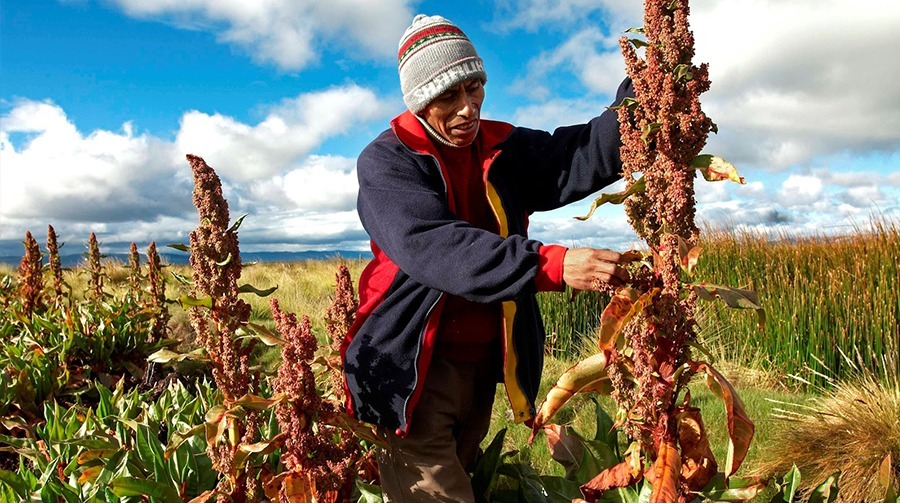 Peru is the world leader in various crops, including the nutrient-rich Andean grain quinoa. According to the Ministry of Agriculture and Irrigation (MINAGRI in Spanish), Peru remains the top producer of quinoa, producing around 80,000 tons in 2016. FAO statistics show this figure to be 53.3% of the world volume, exceeding Bolivia (44%) and Ecuador (2.7%).

The country’s main quinoa-growing regions are Ayacucho, Huancavelica, Junín, Cusco, Apurímac, Arequipa and Puno, the last of which heads the list with 35,166 tons, or 44.4% of Peru’s production.

In terms of exports, Peru continues to hold the distinction of being the world’s top quinoa exporter, as it has been since 2014. According to TRADE MAP, our country sold 44,300 tons of quinoa on the international market in 2016, or 47.3% of quinoa exports worldwide. Behind Peru are Bolivia with 31.4%, the United States with 5.6% and the Netherlands with 3.6%.

As of mid-December of 2017, quinoa export figures showed that Peru remains the leading exporter, with a total of 45,500 tons, a 1.9% rise over the previous year.

In terms of revenue, by the end of 2017, the value of exports exceeded US$106 million. The main buyers were the United States and the European Union.

Quinoa is one of the Peruvian Superfoods, Peruvian products with important nutritional properties. According to the United Nations, quinoa is the key to humanity's food security. The highly nutritious Peruvian grain is a source of protein, unsaturated fats and minerals. Its fiber content, over 6% of the grain’s weight, facilitates digestion, stimulates the growth of healthy bacteria and helps prevent colon cancer. It is gluten-free, so it is suitable for people with an allergy to the substance.

According to the Peruvian Export and Tourism Promotion Board – PROMPERÚ, in 2017 Peruvian exports amounted to 44.212 billion dollars, a 28.1% increase over 2016, and were responsible for the creation of 1 million direct jobs nationwide.  It should be noted that Peruvian products reached 181 markets last year on 5 continents.