Discover kiwicha, one of the oldest foods of the Peruvian Andes 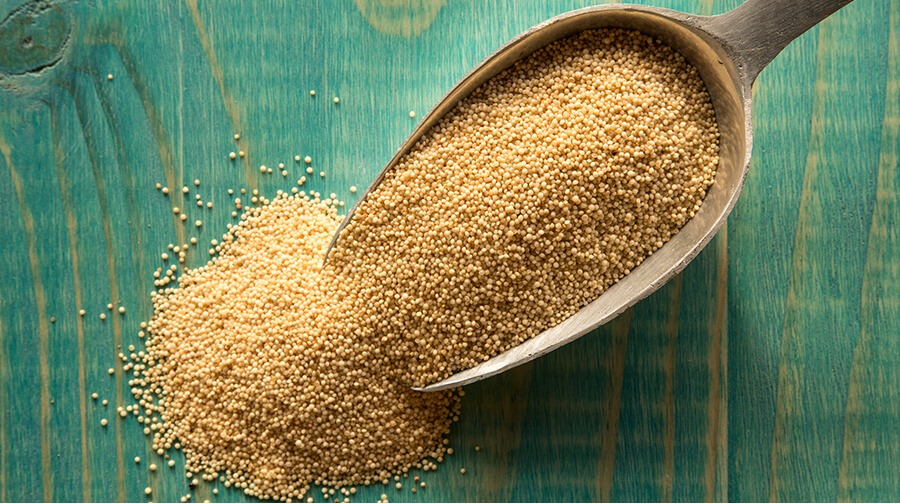 One of the most precious food gems in the world, kiwicha, grows in Peruvian soil. Also known by its scientific name Amaranthus caudatus Linneo, it is considered to be one of the oldest crops in North and South America as, according to scientific studies, it was planted and cultivated 4,000 years ago by the Inca culture.

History tells us that, during the Viceroyalty period, the colonizers discovered that the value of kiwicha was very high, but, since it was eaten by the natives, they decided not to include it in their meals and forbade its circulation, since any food that did not have their approval could not be planted or harvested. Later, this powerful grain regained its relevance among the population.

This cereal – considered a superfood – is one of the few forms of amaranth whose seeds thrive at heights above 8,200 feet. Production is mainly concentrated in the department of Cusco, but it is also grown in Arequipa, Ancash, Huancavelica, Cajamarca, Junín and La Libertad.

In order for kiwicha planting to be successful, it must be planted on sandy surfaces with a high humus content. Although it adapts to low temperatures (no lower than 39 ºF), the ideal range should be between 70 and 82 ºF. This species reaches the necessary maturity between 4 and 6 months (mostly from May to August), depending on the variation in rainfall, in some cases it can take up to 10 months to be harvested.

According to nutritionist Sara Abu Sabbah, kiwicha has a high nutritional value and was considered by our Inca ancestors to be one of their main energy sources. Each grain is between 15 and 18 % protein (which helps with bone and muscle formation). On top of this, the grain also has a high percentage of calcium, iron, phosphorous, potassium and zinc. It is ideal for pregnant women and infants.

By eating it, vitamin A – also called retinal – is ingested, which has antioxidant properties and preserves the health and proper functioning of specific tissues, such as the retina. It also contains a high amount of amino acids which promote the brain development of those who eat it.

This Andean food also stands out for its high fiber content. According to Abu Sabbah, constipation can be prevented by eating 0.1 ounces (per 3.5 ounces) of toasted kiwicha.

Ways of eating it

Kiwicha can be eaten in a variety of ways and is suitable for both sweet and savory foods. This grain is very popular with breakfast because it can be boiled and is quick and easy to eat. The market has presented kiwicha flour as a practical option for mixing with other liquids consumed as the first food of the day, such as milk or oats. It can also be mixed with other cereals such as quinoa or beans.

It is worth noting that the flour of this amaranth is also used as an alternative to traditional flour, so it is used to make cakes and breads. In some Peruvian departments, grandmothers still treat their children and grandchildren to traditional kiwicha balls, which are filled with peanuts. The delicious dessert of quince and kiwicha should not be left off this list either. To make it at home, all you have to do is boil both ingredients over a low heat for 20 minutes, add a pinch of Cinnamon, and then sprinkle a handful of walnuts or raisins, as desired, on top of the mixture.