Aguaje, the tree of life 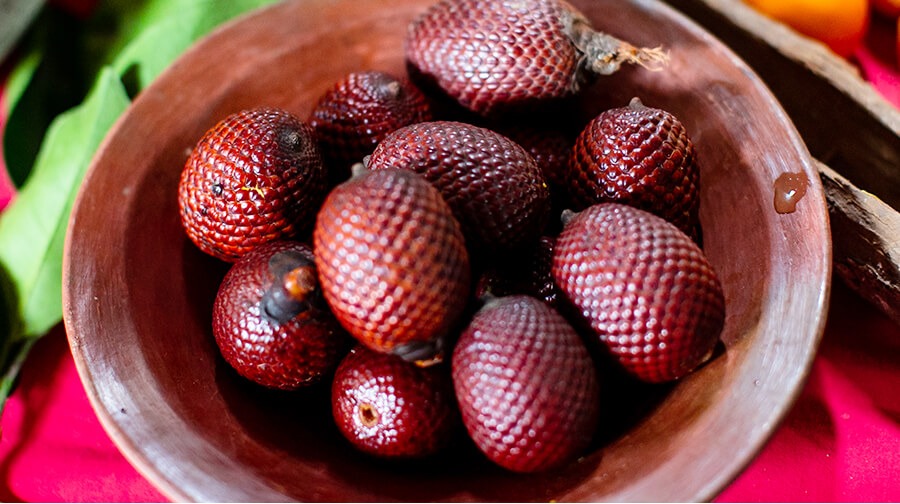 The Amazon has given us one of its richest and most nutritious fruits: the aguaje, a sweet and sour fruit with great nutritional value. In addition to providing a great amount of vitamins and minerals, it has natural compounds that are beneficial to health.

The aguaje is one of the most abundant palm trees in South America. In Peru, it is cultivated in Loreto, Ucayali, Huánuco and San Martín, and it is estimated that there are more than 12 million acres of aguaje, over two million of which are in Pacaya Samiria.

This fruit has a vital role in the tropical rainforest food chain, as it is an important food for animals such as the sajino, sachavaca, monkey, majaz, as well as bird and fish species.

The aguaje has a high vitamin A-content (beta-carotene), even higher than carrot and spinach. It has antibiotic, analgesic and anti-inflammatory functions, as well as helping eye health and maintaining healthy skin.

This Amazonian fruit also contains a high presence of vitamin C, which helps in the absorption of iron and calcium.

The aguaje contains phytoestrogens (plant compounds), which do according to studies have beneficial effects on human health, one of them being an anti-cancer effect, and whose greatest protective role would be against breast, colon and prostate tumors.

The consumption of phytoestrogen also decreases the risk of cardiovascular diseases, affecting the heart and blood vessels.

Another of the great benefits of phytoestrogens is the reduction of menopause effects  Research has shown that women who consume foods rich in this compound have a late menopause and fewer disorders. It also helps to balance hormone levels.

The aguajal holds more than 600 tons of carbon dioxide for every 2.5 acres, three to five times more than any other tropical ecosystem, so its work in climate change mitigation is vital.