Learn about the history of the legendary Ají de Gallina, a leading dish in Peruvian cuisine 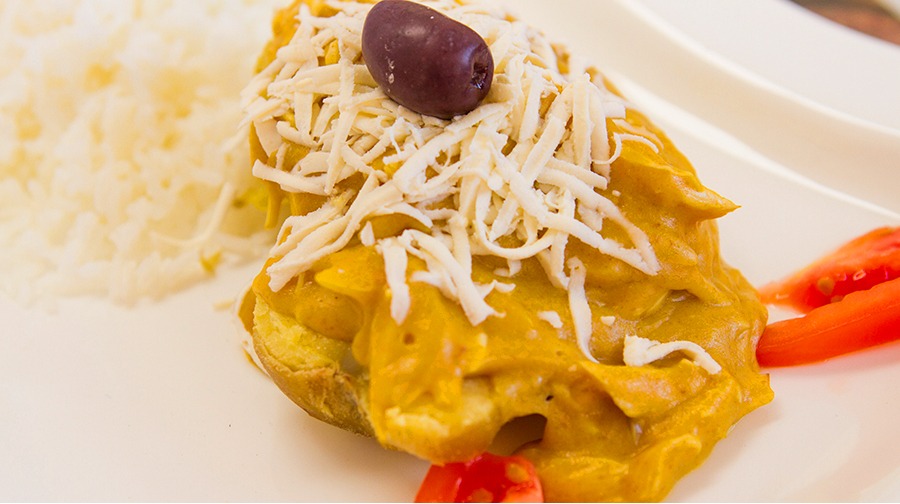 The diversity that exists in Peruvian cuisine is – to a large extent –- the result of the coexistence of Inca and Hispanic ingredients and techniques, which were established in Peru during the time of the Conquest. The always coveted dish of Ají de Gallina is the result of this union. A slightly salty-flavored stew, but with a sweet past.

According to historians, this dish is considered the Siamese twin of manjar blanco (blancmange), as it initially had a texture and taste very similar to this caramelized milk (which originated in Catalonia, Spain).

"It was served as a thick cream composed of chicken breast, rice, almonds and sugar from ingredients of Arab and Iberian origin", the Spanish researcher Juan Cruz points out. Historical data show that it was consumed without chicken during times of famine in Spain in order to satisfy hunger.

Both forms arrived in Lima during the 16th century, but under the name of Menjar Blanc. "Manjar blanco with chicken breast, sugar and thickened with rice flour, and manjar blanco without chicken breast, only with sugar and flour. One of them sensibly remained in the confectioner's and the other sweet and monastic delicacy was maliciously merged with our seductive ají (chili pepper)", explains researcher Isabel Álvarez in her book The sweet history of ají de gallina.

Upon entering the city's famous inns, the dish underwent a great change. It was no longer just a sweet dish eaten with a spoon. It was Peruvian ingredients, like the sacred ají amarillo (yellow pepper) – one of the key ingredients in the national cuisine – -that reinvented the way of eating it.

"When inspecting the various inns and restaurants in the city, the police officers of Lima reported a dish that was consumed by the customers with great delight and this consisted of strands of chicken meat with a sauce made of onions, garlic, chili and small pieces of bread, accompanied by potatoes", says the researcher.

From 1839 the Ají de Gallina dish came to be a slightly salty dish and this is how it is still eaten today.

How to make it?

The first thing you should do is cook the breast and then shred it. Set it aside. At the same time, soak the bread or cookies in milk for 5 to 8 minutes. Meanwhile, dice the onions and grind the garlic (preferably with a batán or in a blender). To reduce the hotness of the ají, you can boil it for a few minutes in water.

When all this is ready, fry the onion, garlic and ají in a pot over a low heat for ten minutes. Blend the mixture together with the soaked bread until you get an even dough. Then transfer the cream to a pot and cook it. Add salt to taste, a little milk (so that it doesn't stick) and a dash of the broth used to cook the chicken breast.

Accompany the Ají de Gallina with rice, half a hard-boiled egg, boiled potato slices and sprinkle parmesan cheese or pecan pieces over the cream to achieve a special flavor.