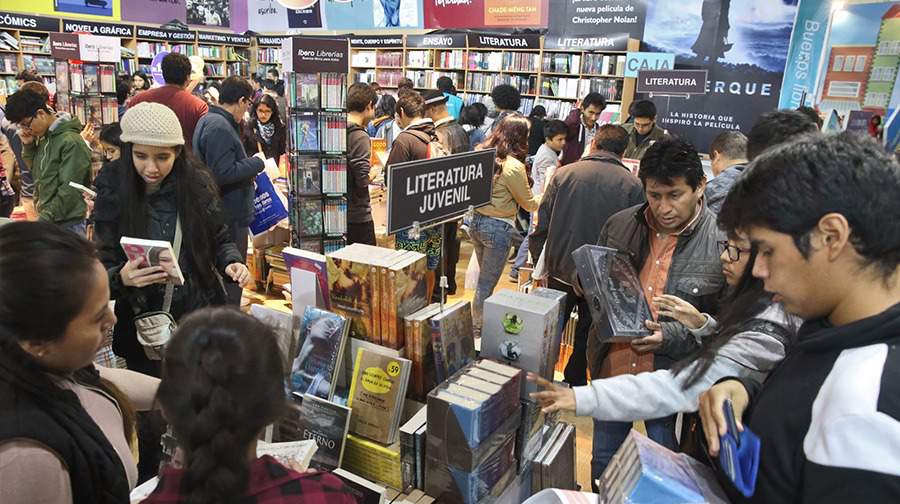 The 22nd International Book Fair welcomed over 500,000 visitors by the end of its two successful weeks of festivities and culture. This figure bested the previous year’s numbers by almost 10,000 people, according to the Peruvian Chamber of Books.

The festival ran from July 21 to August 6, giving hundreds of Peruvians the chance to share and immerse themselves in culture. This year’s fair racked up 17.6 million soles in book sales, up 23% from last year’s event.

These numbers reflect the extraordinary results of the Lima International Book Fair, which will be even more impressive once publishing houses finish tallying their recent sales.

About the 2017 International Book Fair

The improved infrastructure at this year’s event resulted in stands were more prepared, better equipped and ready to receive fairgoers.

Mexico was the Guest Country of Honor, exhibiting an endless array of works from its publishing industry. More than 25 guests participated in the central platform designed to share Latin American culture.

The festival featured an emblematic group of authors present owing to their significant contribution to Mexican and Latin American literature. Of special note is the work of Juan Villoro, author of novels such as “El arrecife”, “Llamadas de Ámsterdam”, and “El testigo”, and recipient of the 2012 José Donoso Ibero-American Literature Award. Another highlight is the work of Cristina Rivera Garza, the author of “Nadie me verá llorar” and “La muerte me da”, both of which won international awards.

Looking ahead to 2018, the 23rd Lima International Book Fair will host Spain as its Guest Country of Honor.