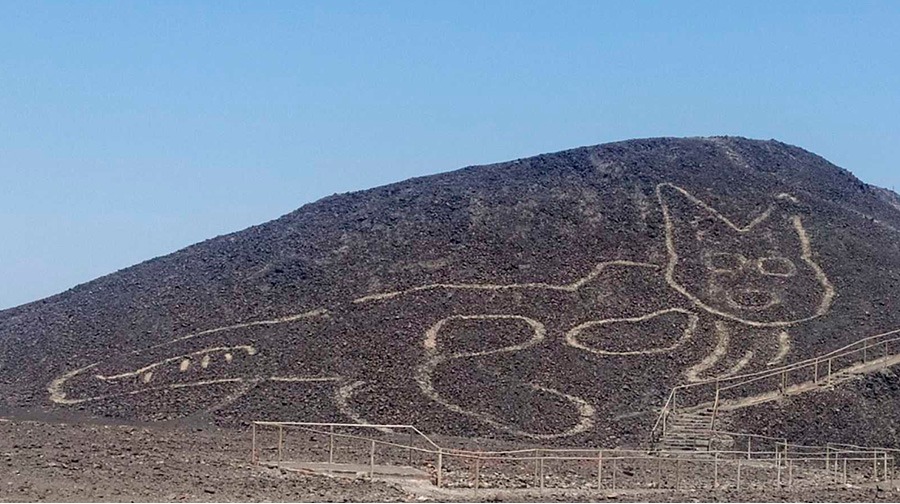 The charming area of Nasca attracts thousands of tourists and archaeology enthusiasts alike, who flock to there to get a glimpse of the famous Nasca Lines. Today it has surprised the world once more after the discovery of a new geoglyph.

Located on one of the hills of the famous Nasca Pampa, the figure is huge and its silhouette is in the shape of a feline. This find will provide new clues about the first civilizations that settled in the area.

The striking figure, which is more than 98 feet long, was found during reparation work that was being carried out by the archaeologists of the Ministry of Culture's Nasca-Palpa Management Plan, who, together with the technical team that accompanied them, managed to piece together this ancestral design that was in danger of disappearing due to the passing of time.

"The figure was barely visible and was about to disappear due to its location on a fairly steep slope and the effects of natural erosion. Over the course of last week, we did all we could to clean and conserve the geoglyph, which portrays a profile view of the body along with a frontal view of the head of a feline. This figure was originally traced out using well-defined lines that vary in width between 11 and 15 inches," explains the statement issued by the Ministry of Culture.

The lines and appearance of the geoglyph both point to it having been created even earlier than the Nasca lines (which, according to a study by the University of Yamagota, were probably created between 100 BC and 300 AD).

"Horizontally the figure is 121 feet long and, if its stylistic features are anything to go by, it seems to date from the Late Paracas period. That is to say, it was formed prior to the famous figures of the Nasca Pampas, meaning it dates back 100 to 200 years before our era. Feline representations of this type are frequent in the iconography of ceramics and textiles in Paracas society," the statement said.

"The meaning of the Nasca geoglyphs has one sure answer: they were linked to water and fertility. This is logical for a people who lived in a desert and for whom water was key... But these new, smaller [geoglyphs] have a different conception: they are made for people to see," archaeologist Jhonny Isla, head of the Nasca-Palpa Archaeological Park, told EFE.

"With this discovery, the rich and varied cultural legacy of the area is once again made evident, and it is also within the area inscribed on the UNESCO World Heritage List," he adds.

It didn't take long for the news to travel around the world. Many prestigious news networks dedicated a well-deserved segment to such a discovery. Media such as RT and the BBC highlighted the cultural richness of Peru and mentioned the efforts the Peruvian State is making to recover those valuable spaces.

The ancient Incas showed a singular respect for the fauna that surrounded them, since these animals were considered the children of Mother Earth (Pachamama).

The tigrillo ('Tinrichaqa', in Quechua), for example, is part of the list of species that have been around since that time. In the application Habla Quechua, developed by the Commission for the Promotion of Peru for Exports and Tourism (PROMPERÚ), there is a concise but very thorough explanation about this species in the ancestral language.

Here are a few lines.

Which, translated to English would be:

"The tigrillo lives in the rainforests, as well as the deserts and Amazonian mountains. Although it can usually be found on the ground, throughout the day it mainly sleeps in trees. It emerges at night to eat; it likes to hunt monkeys, bats, rabbits, alligators, snakes and birds. Some are even able to fish. Many people seek them out for their prized skin. For this reason, and because of the destruction of its habitat, it is in danger of extinction."

Furthermore, the app also has a range of interactive material related to fauna, Andean legends and the ancient worldview. It also has a quick dictionary for translating various words into Quechua.

The app is available for iOS and Android. 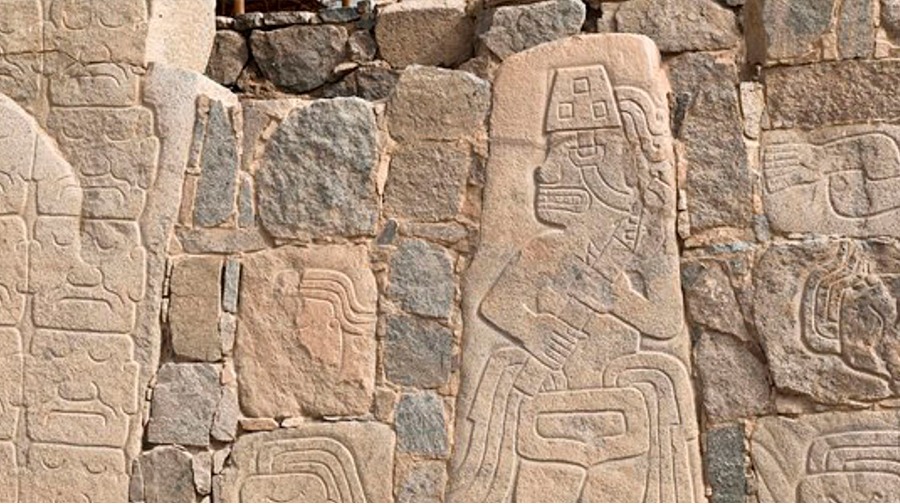 Sechín: discover the culture prior to Chavín that marked a milestone in Peruvian archaeology