Myths and legends from the Peruvian jungles 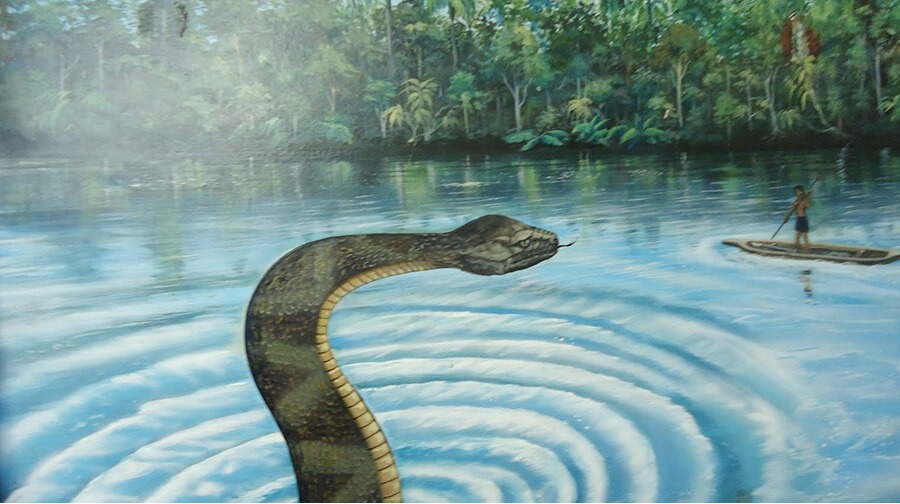 The Peruvian jungle is a place that has always aroused a great deal of curiosity, not only for its dazzling scenic beauty and biodiversity, but for the mysteries and legends that surround this region.

Stories based on fantastic characters and mythological beings, which are part of Amazon fiction, seek to interpret events in the area, and perhaps also to decipher the enigmas contained in our jungle.

At Marca Perú we would like to tell you about some of these legends handed down from generation to generation:

Yacumama or Mother of the water

Its name comes from the Quechua yacu (water) and mama (mother), which is why it is believed to be the protective spirit of the Amazon River. According to the inhabitants, its appearance resembles an anaconda, but much bigger; it is a 100 feet long and its head can be over 6 feet wide; it almost always appears when it rains. It is said that, taking advantage of the instability of the boats, it causes its victims to disappear; its favorite prey being fishermen who exploit the resources of its waters.

Probably the best known myth of the Peruvian jungle. Tunche, which was an indigenous expression meaning 'fear', is the name given to this being that roams the Peruvian jungle at night. There are those who say that it can take the form of any relative or friend of the victim and thus making it easier to approach them; others affirm that it is a tormented soul that wanders around at night to punish people, or all of sudden it is a fiancé in love who was murdered by his future father-in-law. What characterizes this creature is the whistle it gives out, which intensifies as it approaches, according to people who have managed to escape. The fate of the victims is another mystery, it is not known whether it lets them starve to death, devours them or simply abandons them to their fate.

Goblin of the jungle

This is the legend of a short demon wearing a hood that, according to some locals, is responsible for the disappearance of many people. The Chullachaqui has the ability to take on the appearance of a loved one of the victim and thus trap them; but what this being cannot easily hide is its goat's leg, which is the only way the villagers have to recognize it. Its name comes from two Quechua words "Chulla" (different) and "Chaqui" (foot).

The myth of the Runamula appeared with the arrival of the Spanish missionaries to the jungle. It is a half woman, half mule creature that appears on the days of a full moon, frightening inhabitants with its chilling braying. According to the legend, a woman received this punishment for maintaining an extramarital relationship with a priest; others say that this being is the result of marriage between blood relatives and there are those who say that the runamula arose from the love between friends and brothers.