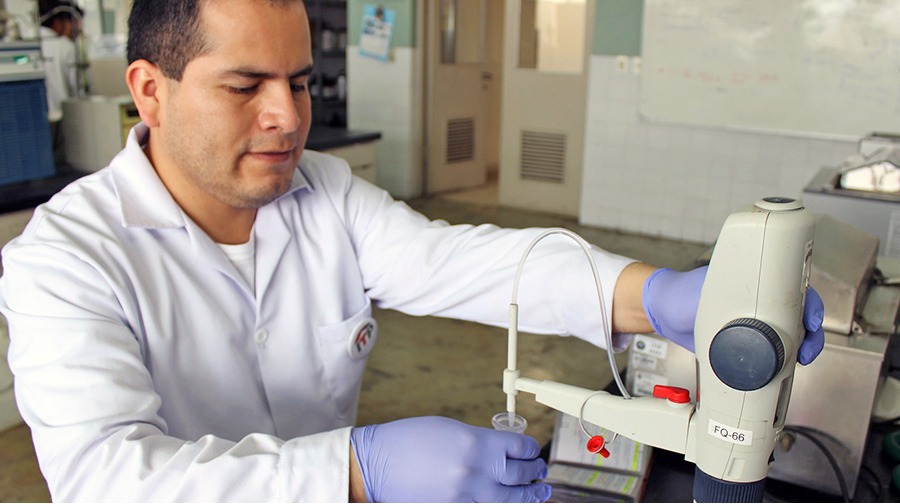 Innovation not only generates more investment and employment, but also helps solve the problems of many people. The Peruvian government and students and researchers from the Pontificia Universidad Católica del Perú (PUCP), together with various private companies, are promoting and supporting initiatives that seek to generate a positive impact on society.

Find out about five innovative research projects that are being carried out:

There are more than 12,000 people with upper limb amputations in our country, a large majority of which do not have access to any type of prosthesis due to the high cost (between 1,500 and 78,000 dollars). 'Giving a hand' was created to face this reality. It is an innovative project that creates hand and finger prostheses using 3D printing, with cutting-edge technology and at low cost, to improve the quality of life of thousands of Peruvians.

This initiative won the Ideas Audaces ("Bold Ideas") contest, organized by the National Council for Science, Technology and Innovation (Concytec) in 2016. It is also supported by the U.S.-led Young Leaders of the Americas Initiative (YLAI) and the Leaders in Innovation Fellowship (LIF).

The Domos ("Domes") project is based on a house that uses an innovative system to take advantage of solar energy and heat the dome, allowing temperatures of up to 95°F to be maintained. This invention was created to face the cold in areas in Peru with low temperatures.

In April 2018, this initiative, which was co-financed by Innóvate Peru, won a silver medal in the "Healthy Housing and Air Conditioning" category at the 46th International Exhibition of Inventions held in Geneva, Switzerland.

This modern device is capable of performing 2D ultrasounds (black and white), 3D ultrasounds, as well as color Doppler imaging. In addition, it can be operated by a person with basic knowledge of medicine. Once the ultrasound has been performed, the images and data are sent via wireless network to a specialized center, which will make the diagnosis. This will greatly benefit rural areas of Peru that do not have a doctor or health center nearby.

Between May and September, the high Andean areas of Peru withstand temperatures of -13°F, with children and older adults the most affected. Considering this problem, a housing model was developed that can be replicated by the inhabitants. This is a self-construction model in which reeds are used as a raw material to concentrate the heat inside and that, added to the bioclimatic design, allow the solar radiation accumulated during the day to be released at night. These houses not only withstand frost, but also seismic movements.

Using waste wood and recycled plastic, the Qauchu Kullu or 'Ecological Wood' material was created, an innovative proposal being used to make school folders; and with which they also hope to make furniture soon. This project, besides being economic, avoids the felling of trees and promotes the conservation of the environment since it reuses waste.

Innovative Peru: eco-friendly cans of paiche and other Amazonian fish to be produced

Seven Peruvian Fintechs were in Mexico