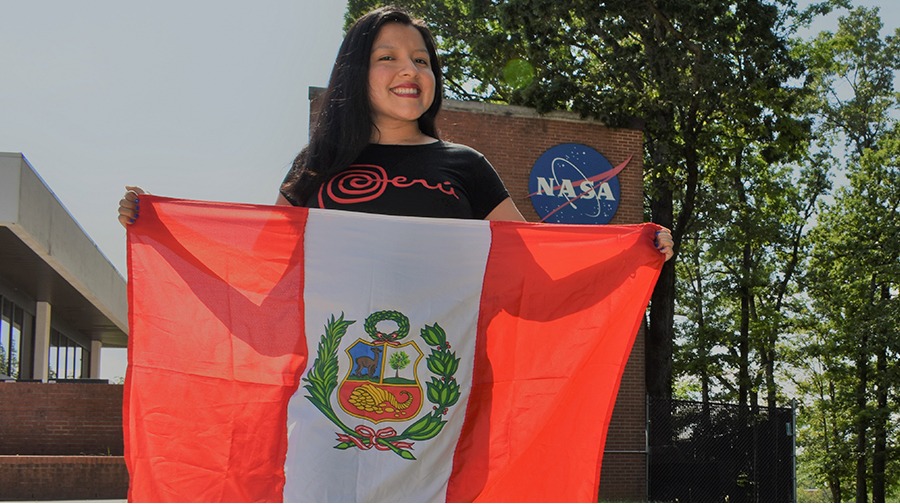 Rosa Ávalos is a celebrity. When you Google her name, you get dozens of pages where the first eight talk about her. And it's no wonder. With great effort and perseverance, the Peruvian engineer went from helping her grandmother sell figs in Chilca to becoming Human Space Flight Communications and Tracking Network mission manager at NASA's Goddard Space Flight Center.

Yes, you read that correctly. The same NASA Instagram account in Spanish acknowledges her historic work. An achievement that has put Peru's name on the map.

In the latest launch of the SpaceX Crew Dragon capsule to the International Space Station (ISS), Rosa was in charge of communications between Earth and the pilots. "I provided and managed the real-time flight operations for the crewed spacecraft on this mission, as well as [for] the ISS, providing data and voice communications to and from the crew and spacecraft throughout the entire mission cycle, from launch to landing," she says in a teleconference, as if she were explaining how to harvest, select and pack figs for distribution.

The fruits of humility

Rosa studied aerospace engineering at Virginia Tech and mechanical engineering at Rice University. She began doing internships at NASA in 2009 and in 2012  she was assigned to the ISS mission as an engineer for mechanisms and operations, systems, topology and controls.

Success has not gone to her head. She is straightforward, spontaneous and speaks with a different accent as a result of her long stay in the United States, where she emigrated with her family at the age of twelve. Rosa has gone much further in her career than any professional could ever hope for.

However, she is looking to go further.

"This [SpaceX launch] is the first step. We are already working for the Artemis program, where I am also mission manager and we are going to take the astronauts back to the moon and in the future to Mars, with a launch date of 2024," she adds with absolute conviction. That's what Peruvians are like.

Learn more about her work at NASA here.

The essence of Peru on the map

The conversation now turns to national sentiment, something that the engineer always takes with her. "I would find it hard to explain how proud I am of Peru", says Rosa, looking up to the sky. "Peru is where I was born, Peru is where I grew up, I love my Peru because it is a country that is very rich in history, culture, gastronomy, geography and above all its faith; its people, who throughout history have shown and left us a very rich legacy in the desire to improve and effort in the face of any adversity".

Her words become emotional at this point, and she adds: "And although I am physically here in the United States, my heart is always in Peru".

The engineer says that she regularly visited her country before the COVID-19 pandemic to attend the Lord of Miracles procession, of which she is a devotee, or to give lectures.

Going back to her professional achievements, we asked her how difficult it is for Peruvians to make their way in the Land of Opportunity. "It's definitely not all that easy, but it's not impossible either", she confesses. "One of the biggest tools we have these days is the Internet, being able to take advantage of all the classes we have out there and also all those free classes that exist around the world given by very prestigious universities. The next step is to look for those opportunities and be able to have a good dialogue with your respective teachers to look for ways to do research that increases your knowledge; it is a matter of taking decisions".

Finally, Rosa left a message of unity for all her compatriots who are facing the impact of the health crisis as a result of the pandemic. "Peru is a very talented country. Education is the key to the future, it can break any barrier that exists, and with a lot of faith, dedication and a lot of perseverance, we can achieve our goals. Pursue your dreams, don't let anyone take them away from you and never doubt yourself. Together we can achieve a better Peru. Let's hope so.

- The Artemis mission that Rosa is talking about is a NASA project that consists in creating a first base on the Moon's south pole. This will allow a permanent human presence on this satellite from 2024, more than half a century after the arrival of Apollo 11.

- As a prelude to human presence on Mars, NASA plans to launch the Perseverance rover (an unmanned robotic vehicle) to the red planet on July 20 to search for signs of ancient microscopic life, explore the geology of the Jezer Crater and test key methods for future human exploration of the planet.

- If she could send a couple of gifts to the ISS astronauts and cosmonauts Rosa would choose "a box of figs and the poetry of César Vallejo, translated into English, of course, and possibly Russian. 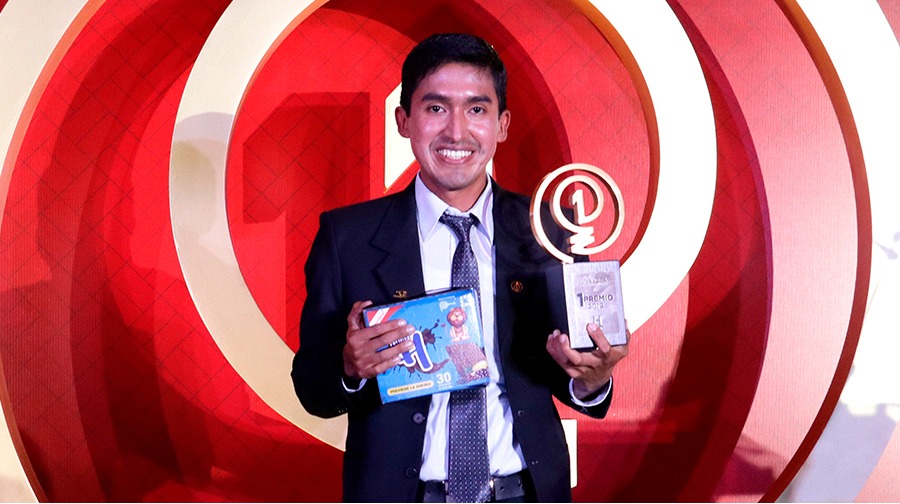