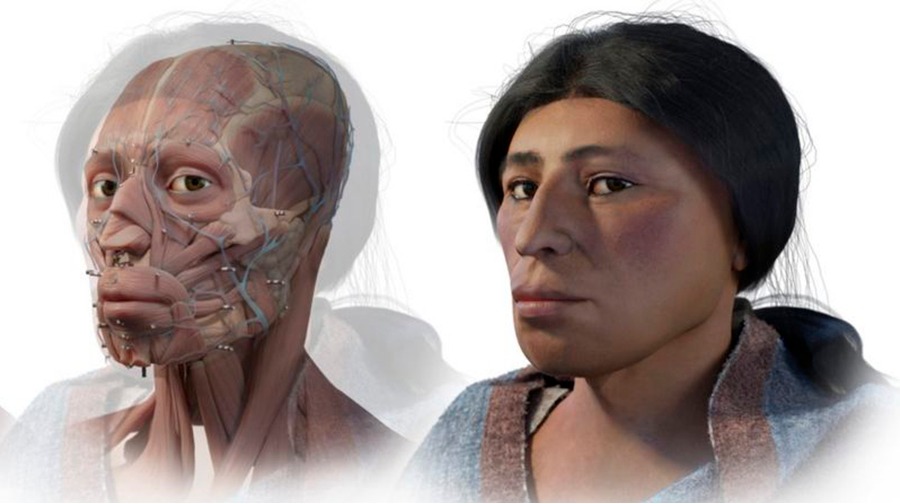 Art historian and archaeologist Pablo Aparicio has achieved what was once only a distant aspiration: to realistically reconstruct the face and exterior appearance of an ancient Peruvian woman whose skeletal remains were unearthed in 2018 in the district of San Juan de Lurigancho (on the east side of Lima).

She is Wayaw ("willow" in Quechua), or more popularly, the "Dama de El Sauce" (Lady of the Willow), whose intact skeleton holds a treasure trove of secrets that can be revealed through technology.

Thanks to a detailed archaeological report and 3D design software, Aparicio was able to build Wayaw's features from a "perfectly scaled" model of her skull, reports the BBC News portal.

Once the face has been shaped, the "textures" are applied, the most artistic part, which includes the details of the skin color, the shape of the eyes, the lips, the ears and the hair, as well as the clothing and other decorative elements.

Weaving on the pampas

More than five hundred years ago, San Juan de Lurigancho, today the largest district in the country, consisted of a vast area of grasslands crowned by hills and furrowed by the silvery waters of the Rimac River. There, the culture of the Ruricanchos prospered – hence the name "Lurigancho" – to which the Lady of the Willow belonged.

According to their findings, she was a young woman who stood just under five feet tall and died of natural causes. But what is most interesting, emphasizes the BBC, is the fact that she was a weaver, as is demonstrated by the worn bones in her shoulders and hips.

"It is an unusual finding because it is a lot rarer to find such well-preserved remains of people from that time who were not part of the elite," explains Cecilia Camargo, head archaeologist from the company Cálidda, who are leading the excavation.

"The preservation of the structure is very striking. It is impressive to find such a well-preserved burial structure in the middle of the street and between all these pipes. It's an amazing discovery."

Find out about Peru's top textile projects by following this link.

The discovery of Wayaw is not only another example of the archaeological wealth of Peru, but it also reflects the social responsibility of companies to help protect the pre-Hispanic legacy of the ancient Peruvians.

The Lady of the Willow was a common villager without rank, and if it weren't for the 3D reconstruction, we would have no idea what her face and general appearance would have been like. Nevertheless, the digital outlines tell us a lot about how people lived in Peru before the arrival of the Spanish colonists.

For the independent archaeologist, Julio Abanto, who works in San Juan de Lurigancho, this discovery "shows the level of responsibility that private companies should have when undertaking activities that may affect our heritage."

He adds that: "Although it is true that such findings are quite common in Peru, this is the first example we have come across of a pre-Hispanic burial of someone who was not a member of the elite, but who represents the people who worked hard in the times of the Inca Empire."

"A lot of effort has gone into carrying out an integral study which reveals aspects of her life. Through the use of 3D technology, we have given her back her face and have managed to incorporate our ‘anonymous’ character into the history books of the communities in this part of Lima, thus further promoting the value of our legacy."

In Lima alone there are some 400 archaeological sites, architectural treasures waiting to be discovered and which "reveal the history preserved beneath Lima’s streets," concludes the BBC. 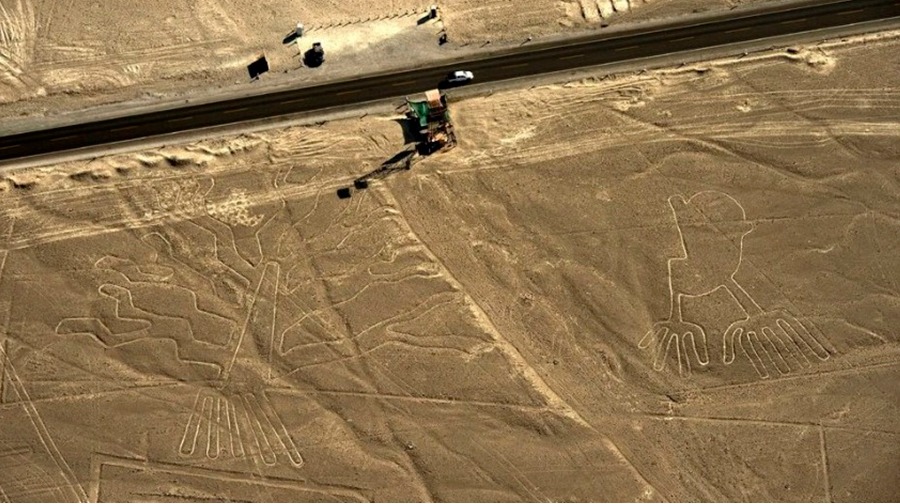 The New York Times: More Than 140 Nazca Lines Are Discovered in Peruvian Desert