The enigmatic Chavín culture of Peru 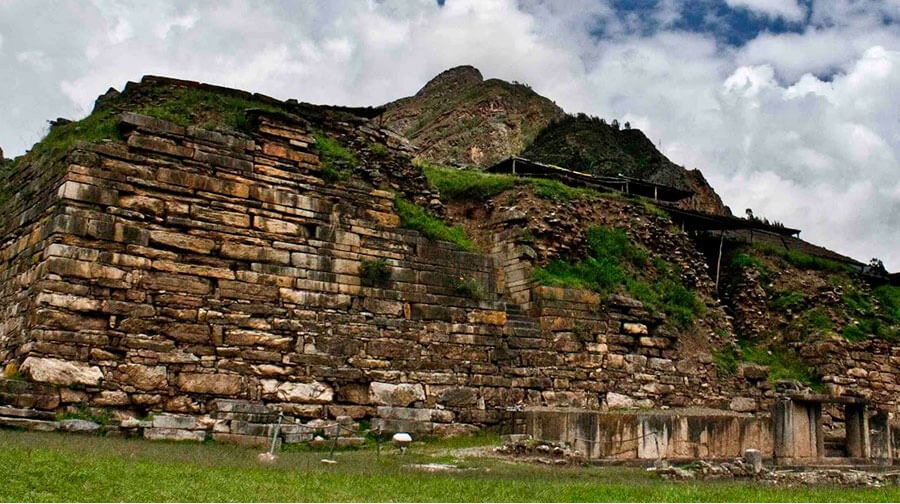 The Chavín culture was one of the most important of the pre-Inca era. Its beginnings date from 1200 BC to 200 BC, in the so-called "formative" period. Its main center, the Chavín de Huantar Archaeological Site, located in the district of the same name, in the province of Huari (Áncash), was declared a World Cultural Heritage Site by the United Nations Educational, Scientific and Cultural Organization (UNESCO) in 1985.

This complex has great artistic expression, represented by its special sculptures, which include the famous "Cabezas Clavas" and the "Lanzón" statue. Its centers of worship are noted for the architecture displayed in its terraces and plazas, which are surrounded by carved stone structures. Clear examples are the area of the Tello Pyramid, the Circular Plaza, the Rectangular Plaza, the North and South Platforms, the New Temple and the Old Temple.

Various historians say that religion in the Chavín culture was polytheistic, they worshiped large animals such as snakes with hair and long fangs. Another of their deities was food represented by an alligator and the underworld illustrated with an anaconda.

The gods they worshiped were represented in their great monoliths, each of them having spiritual significance and their character and interpretation being strictly sacred.

The Temple of Chavín de Huantar

It was built in two stages known as Old Temple (900 – 500 BC) and New Temple (500 – 200 BC). The Old Temple has a U-shaped architectural pattern. It has underground galleries with cells that contain niches in the walls and protruding nails, which, according to research, were used for some kind of illumination. At the center of the Old Temple is the Lanzón (the Monolithic Spear), the supreme divinity of the Chavín culture.

As for the New Temple, its structure is larger and is preceded by the Portico de las Falcónidas, which is the doorway to the Temple of Chavín de Huantar, the same one with two cylindrical columns of black stone in the center supporting a cantilevered lintel as a cornice. This sanctuary is connected to the Sunken Plaza, where the Tello Obelisk was reportedly located.

The so-called "Cabezas Clavas" (Nail Heads) are zoomorphic faces carved in stone, positioned horizontally and equidistant from each other. Some research claims that they guarded the temples, while others claim that they were used to chase away evil spirits or that they were representations of the heads of the culture’s enemies.

The Cabezas Clavas show mythical Chavín beings and their name is due to the fact that all of them had an elongated structure at the back, used to attach them to the walls. At present, only one remains in its original place, in the Temple of Chavín de Huantar.

Its researcher and discoverer, Julio C. Tello, a Peruvian anthropologist recognized as the "Father of Peruvian archeology," named it because of its shape of a spear or lance. The Lanzón is the supreme divinity of the Chavín culture, physically represented by a granite stone idol.

It is 14.86 feet high and is located in the galleries of the Old Temple. It has anthropomorphic characteristics, a face with feline fangs, arms, legs, ears and the five fingers and toes of humans. The latter end up in the form of claws. Symbolically, and due to its position as a vertebral column made of stone, the Lanzón is assumed to have been the mediator between heaven and earth in Chavín Culture.

The imposing Tello Obelisk, which is 8.26 feet high and 1.05 feet wide, is the most complex figure of all the Chavín objects. It was made from trapezoidal cut granite and represents a particular divinity: the union of two caimans with their thick lips and sharp teeth that come out of the mouth. It is a prism-shaped lithic sculpture sculpted on its four sides; men, birds, snakes, felines and plants typical of the Chavín being visible on the surface. According to beliefs, this kind of divine monster fed on all of them.

This is a granite monolith polished on one side only, the name being a tribute to Antonio Raimondi, an Italian naturalist and geographer who transferred it to Lima to be studied and conserved. It is 6.50 feet high, 2.43 feet wide and 6.70 inches thick. It represents a god with two staffs in its hands that, according to the Peruvian archaeologist and historian Federico Kauffmann Doig, is similar to the god represented in the Lanzón statue.

The Raimondi Stele had great influence on the Chavín culture, both in space and time. It is important to note that it is currently housed in the National Museum of Archeology, Anthropology and History of Peru.

The enigmatic Chavín culture, which spread along the coast and central Andes of Peru, was an important pre-Columbian civilization that had a great influence on other contemporary civilizations. Its buildings, galleries, cultural and religious expressions (ceremonials) make it one of the most important cultural legacies of Peru.