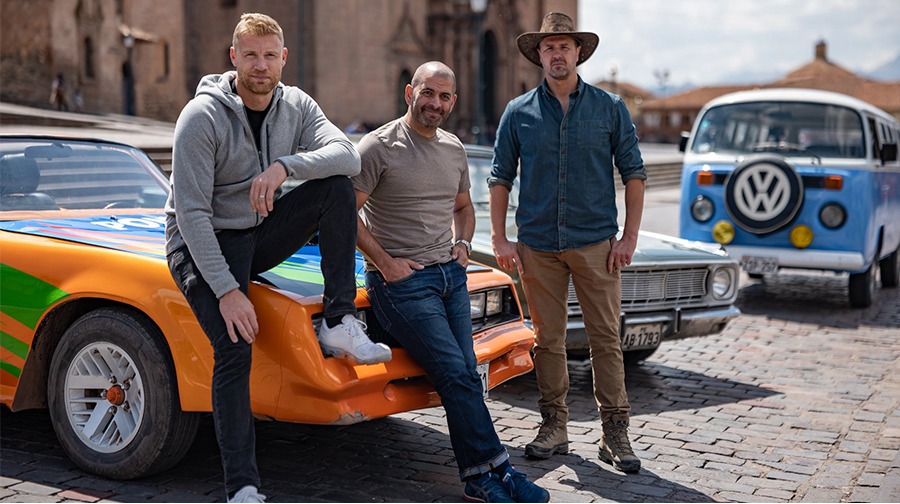 Cusco on the world stage once again. This time, however, it wasn't because of the imposing Machu Picchu or another of its tourist attractions, but because of its roads, which were the scene of the third episode of the 28th season of Top Gear, the successful television program that has millions of viewers on five continents.

The episode was broadcast last Sunday on the BBC. English presenters Paddy McGuinnes, Freddie Flintoff and Chris Harris were fascinated by the Cusco landscapes.

Top Gear, which has been broadcast since 1977, studies the features and qualities of cars through various peculiar tests and with a fun format. This is indeed the secret of its extensive acceptance on 5 continents. The show's format also includes interviews and trips to different parts of the planet. That was the case with Cusco.

The routes in the Peruvian city were chosen by the entertainment program due to their historical value: "the first roads in the Americas, of course, built by the Incas". The conditions of the roads were in addition perfect to complete an original American road trip, which was the main theme of the show.

This episode was filmed in October 2019 in the Andes in Cusco. The route began in the city and ended in the Vilcabamba mountain range. On this occasion, the producers set the presenters a double challenge. In addition to the testing, McGuinnes, Flintoff and Harris each had to buy the vehicle they would use to participate in the testing.

The requirement was that they should be second-hand American classic cars to demonstrate their performance at altitude. They had a budget of £5,000 for all three. Through the internet they obtained a Pontiac sports car, a Dodge Dart and a Volkswagen Camper van, which was decorated with flowers.

The testing was full of emotions and eloquent moments. Two cars had to abandon. "This is literally like being in heaven," said one of the drivers during the program. Along the way, a group of Peruvian motorcyclists joined the adventure and took part in the show. At the end of the test drive, they met the presenters in person.

Top Gear entered the Guinness Book of Records in 2012 as the most watched non-fiction television program in the world.

The TV show's audience has reached 214 countries and it is translated into 8 languages.