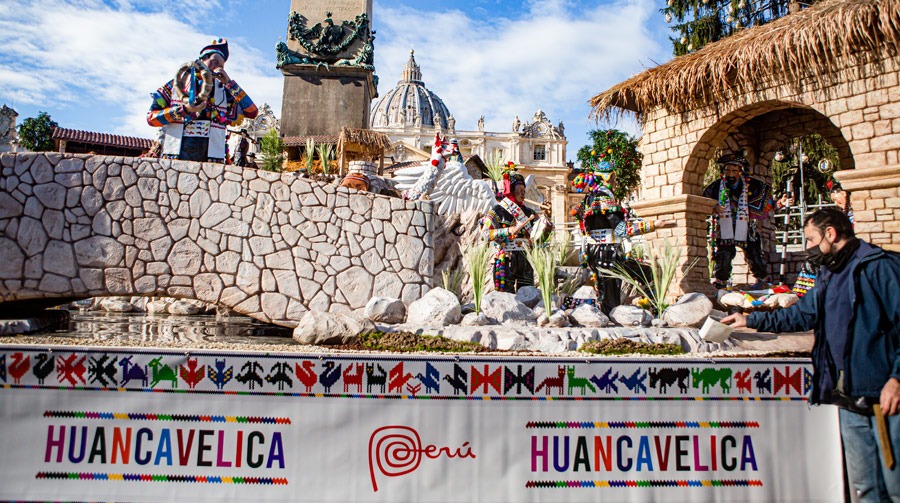 Peru's cultural richness is on display in St. Peter's Square thanks to a nativity scene composed of more than 30 life-size pieces made by artisans from Chopcca, one of Peru's most representative Andean communities.

Starting today, and throughout the Christmas holidays, including the Three Kings' descent, devotees, and tourists from all over the world will be able to admire the traditional nativity scene of the Chopcca community of Huancavelica, a region located in the heart of Peru, in St. Peter's Square in the Vatican City. This unprecedented representation takes place within the framework of the celebrations of the Bicentenary of the Independence of Peru.

It is a full-scale replica of the typical Huancavelican nativity scene of the Chopcca community, made by five artisans who are experts in Huancavelican imagery. Through this initiative, Peru brings a message of hope and unity in a context of global crisis, with the hope it will soon have the necessary conditions to travel again and explore the cultural, natural, and gastronomic richness that the country has to offer to the world's travelers. 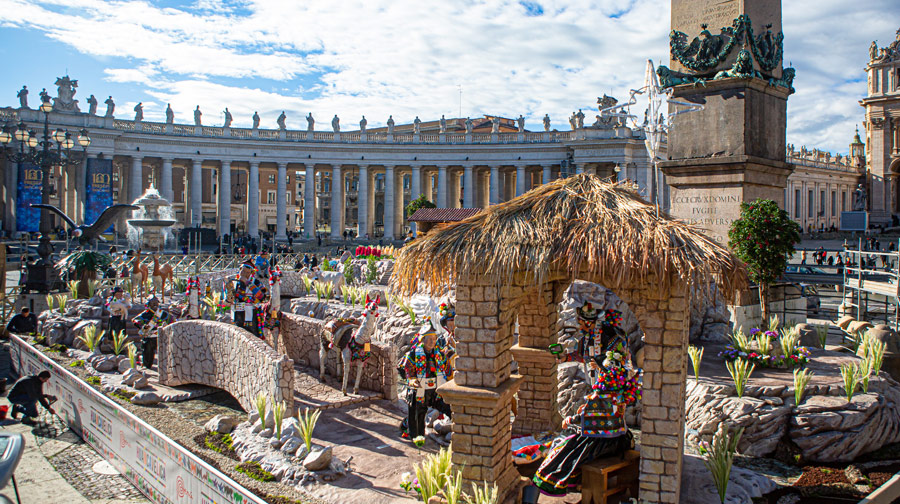 "This is an activity of enormous spiritual transcendence that ratifies the good relations with the Vatican State in the context of the bicentennial of our independence. This presentation will also encourage interest in the towns of Peru. We are sure that the world will observe with greater attention the Peruvian cultural heritage and the talent of our artisans", Amora Carbajal, executive president of PROMPERÚ. 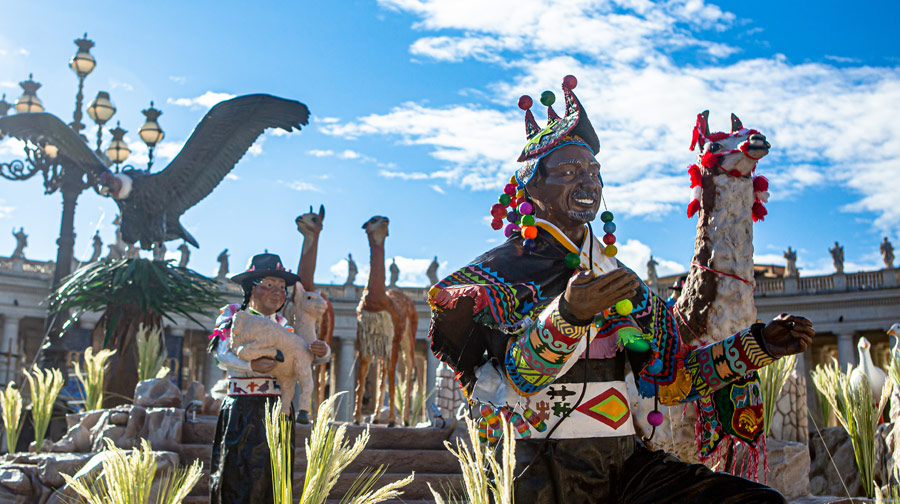 ABOUT THE NATIVITY SCENE OF CHOPCCA

It is composed of more than 30 life-size pieces in fiberglass, maguey (agave), modeled in plaster and glued canvas, and made by five artisans from Huancavelica. The nativity hut, built of cancanlla with stone arches and ichu roof characteristic of the area, evokes the landscapes of the region and places the holy family in a stable with rustic characteristics of the countryside, recreating a cross section of nature and Huancavelican architecture further enriched by the presence of typical animals of the region such as llamas, condors, alpacas, vicuñas, sheep, vizcachas, flamingos and Andean geese.

All the characters, including the Virgin Mary and St. Joseph, the baby Jesus, and the shepherds - who carry an alpaca calf as a gift, a typical animal of the Andes that has a high-quality fiber that Peru exports all over the world, wear the typical clothing of the Chopcca community.

One of the elements that make this nativity scene unique is the angel that accompanies the central characters: the Angelito Chopcca, who announces the arrival of the baby Jesus by playing the Wajrapuco, a typical Andean wind instrument made from cow or bull horns.

Finally, the three figures of the Three Wise Men appear accompanied by llamas, ancestral animals that have been a symbol of the country since the time of the Incas, carrying in their saddlebags the best riches of Peru: the so-called superfoods, organic products with high nutritional properties that Peru commercializes at an international level.

Learn more about the Chopcca culture and the elaboration of the nativity scene that will be in St. Peter's Square (Vatican): 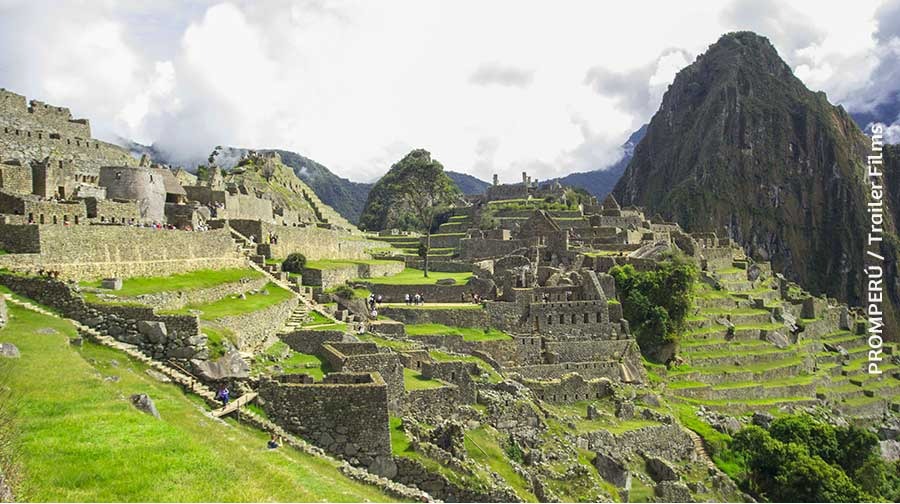