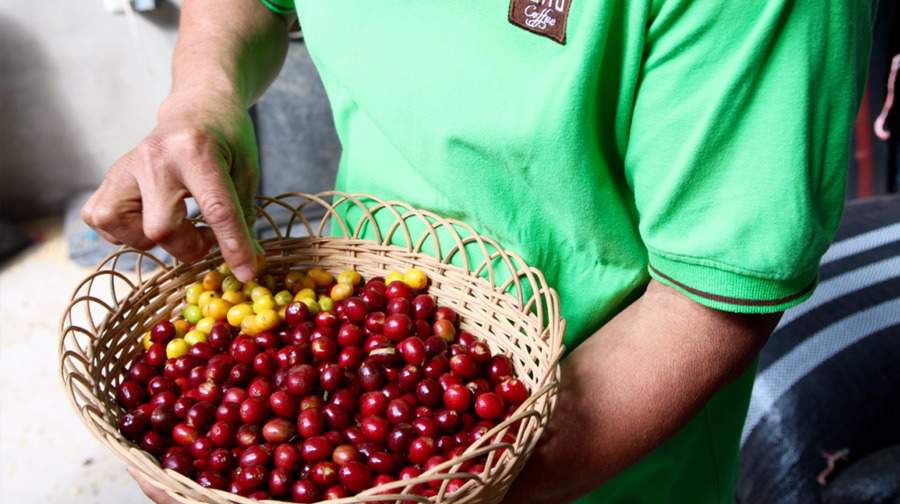 Melanie Boehme, a German journalist who was part of a press tour organized by the Exports and Tourism Promotion Board of Peru (PROMPERU), published recently in her blog Mel´s Coffee Travels a post entitled “Peruvian adventures. My amazing trip to coffee origin in the wild land of Peru” where she portrays her experiences with Peruvian coffee.

Mel (as she names herself in the blog) says to be a specialty coffee lover and in her blog presentation she points out that “is not only about cafe reviews and the best places to go to… Instead, I want to provide (coffee) travels tips and ideas as well as make suggestions on coffee walking tours… “

At the beginning of the post, Mel admits that she had never been to South America before, and even that she had heard about Perú, she did not have idea what was awaiting for her in this country. However, she finally affirms she saw more than she expected to see in a week.

The first part of the coffee itinerary described by Mel is Puno, region located in the southeastern Perú. She depicts the route crossing the Andean mountains to arrive to Putina Punco, Sandia, where she could see coffee farms and cultivations, taste different coffees and talk to farmers.

Mel also describes that around this place she could see old terraces from Inca times, a great number of lamas and alpacas and other huge cultivations as potatoes, beans, corn, quinoa, among other native products.

Then, she describes her second coffee adventure place. It is Lima, the Peruvian capital that according to her words embraced her “with its bustling streets and its specialty coffee culture”.

Here, Mel says she could explore coffee shops and talk with roasters and owners.

About Lima, Mel wants to note that together with the gastronomic revolution, restaurants are aware that revolution does not stop with food, it involves other products as the coffee too.

The third and last places visited by Mel were Tarapoto and Moyobamba, located in San Martin region, in the north east side of Peru. About the first one, she relates that in addition to coffee, she found different kinds of fruits as papayas, granadillas, bananas, pineapples, among other ones.

And, in Moyobamba, after trying organic coffee, she reveals to have the personal impression that it has more notes of chocolate and nuts than the one she tried in Puno.

As part of the last stop of the itinerary, Mel also says she had the chance to see the cocoa bean roasting process and could taste Peruvian chocolate.