Sacsayhuamán, the marvelous fortress of the Incas 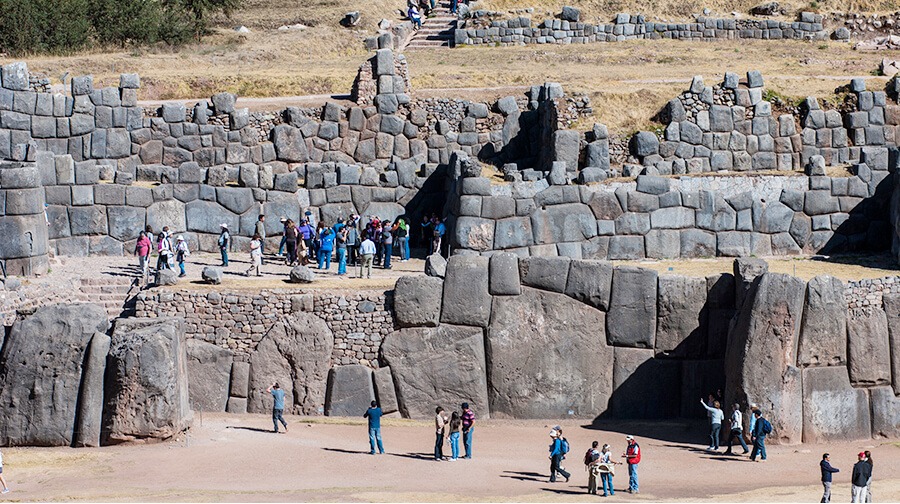 Located only 1.2 miles from the city of Cusco, and at an altitude of 12,000 feet above sea level, is an imposing building that amazes tourists and experts due to the precision of its engineering. A construction for which gigantic rocks had to be transported, being placed one after the other in such a way that not even the tip of a pin could go in.

This is the Sacsayhuaman Archaeological Park, an Inca ceremonial center for administrative control and management of water resources, which played an important role in the consolidation of the Tahuantinsuyo.

This complex, which occupies an area of 7,643 acres, would have required the strength of 20 thousand men over a period of 70 years to build. It is estimated that it began to be built in the rule of Pachacutec, and would probably have been finished in the 16th century, with Huayna Cápac in command.

Because of its location and construction style; Sacsayhuamán was considered a military building by the Spaniards; it had different entrances, which functioned as accesses to the different levels of the fortress. There were three of these and they were called Tiu Punco, Acahuana Puncu and Huiracocha Puncu; it is said that the brother of Francisco Pizarro lost his life at one of these gates, when a stone fell on his head; this happened while the Spaniards were attacking the forces of Manco Inca.

Its walls, made of immense stones, are up to 30 feet high and they are considered the biggest with respect to Inca archaeological sites. Inside, there are sacred lagoons, warehouses, water channels, ceremonial temples and 33 complexes.

The main enclosure of Sacsayhuamán has three terraces with several buildings and three large towers built on top. Paucar Marca (beautiful place) was located to the east, Sallac Marca in the center (circuit with water) and Muyu Marca to the west (round enclosure).

The Qenko archeological complex is considered a sacred place where ceremonies in honor of the Sun, Moon and stars were possibly performed. Inside is an altar for agricultural rituals, and underground galleries; outside, there is a circular amphitheater with trapezoidal niches, a monolith in the shape of a puma and rocky zigzag stairs.

The Inca's baths or Tambomachay is a sanctuary dedicated to water cult and the place where the Inca rested. Extending over more than an acre, it has fine limestone finishes, as well as canals and waterfalls. One of the main characteristics of this complex is its hydraulic system, which consists of two aqueducts that keep clean water flowing throughout the year.

Puka Pukara, which means "Red Fortress", owes its name to the color that its stones take on at sunset. This archaeological site has interior squares, enclosures, watchtowers and aqueducts. Part of its functions was to be the Inca's lodging place and court; and, like Tambomachay, it was also related to the cult of water and the regeneration of the earth.

You can walk there, from the city of Cusco, which takes about 25 minutes; or you can choose to take a bus or taxi, the trip being approximately 10 minutes.