Peruvian Cajón: the history and importance of one of the most surprising instruments in the world 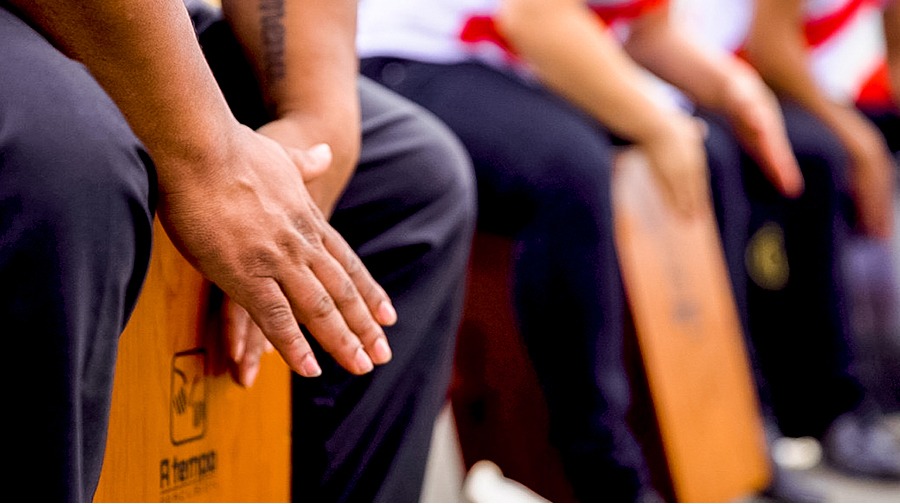 His Majesty, the cajón. That is the title that the famous decimista (traditional Peruvian poet) Nicomedes Santa Cruz gave to this musical instrument, whose melody became one of the greatest pleasures of the hundreds of African slaves who arrived in Lima during the time of the conquest.

The rhythm of nostalgia

This instrument, today considered to be National Cultural Heritage, was developed in the mid-sixteenth century as a means for slaves to preserve their roots. The story goes that when they were brought to Lima – to serve in the homes of the Spanish and work in the cotton fields located south of the city – all cultural expressions of their country were forbidden, such as producing music with their traditional leather drums.

They were separated from this in physical terms, but the rhythm, like anything people love, continued to surge through their veins. It was then that, as a form of resilience, they sought other ways to replicate their melodies. And they did it as soon as they found an object they could tap a beat on. It was then that wooden boxes and hollowed-out pieces of pumpkins were chosen to liven up the humble but pleasant meetings at which groups of Africans gathered to dance, share and forget – if only for a few minutes – that they were in a far away country.

It was only in the 19th century that Porfirio Vásquez, a music enthusiast of Afro-Peruvian descent, decided to give the box the finish and size it has today: a wooden box (moheña or requia wood is used) which is 18.5 inches high and has a round hole in the middle of one of its sides. To achieve the catchy melodies, this box can be played with the palms or fingertips, and metal pieces can even be inserted in the cavity.

Little by little, the cajón became part of the creation of rhythms on the Peruvian coast, such as the festejo and the tondero which are favorites at local festivities. It also acquired another use: to accompany the ten octosyllabic verses recited by the famous decimistas, among them, the already mentioned Nicomedes Santa Cruz.

Many years later, in the 1970s to be precise, the Spanish succumbed to its melody, after hearing it in no other than one of their most important genres: flamenco.

"Around 1977 a cajón found its way into the hands of the percussionist of Paco de Lucía’s band at a party organized by the Spanish ambassador in Peru. Rubem Dantas incorporated it into the music of the guitarist's sextet, which, as he set the rules, meant that it would be incorporated directly into the music of flamenco. In an interview on Flamenco-world.com, he said that ‘the cajón was more sober for flamenco’ than other percussion instruments that had already been used, such as congas, bongos and drums", explained the Spanish researcher Silvia Calado.

The cajón also became a powerful tool for composing emotional and celebrated creole waltzes. An example of these is: Contigo Perú (With you Peru), played by Arturo El Zambo Cavero.

Preserving what is ours

In the 1980s, another Afro-descendant would become one of its major advocates. His name was Rafael Santa Cruz. Also known as the ‘ambassador of the Peruvian Cajón’, throughout his life he traveled the world, instrument in hand, and in 2008 founded the International Peruvian Cajón Festival that today bears his name.

In 2009, Santa Cruz made history by gathering over a thousand Cajón enthusiasts in Lima's Plaza de Armas and together they created the largest cajoneada ever seen. This feat was even recorded in the Guinness Book of Records.

The Peruvian Cajón has its own day marked in the calendar and its cultural richness is celebrated on August 2nd every year. "Cultivating the cajón is key today, especially because this instrument has transcended into other musical genres, and its Peruvian origin must be highlighted," said Julie Guillerot, who has been involved in organizing the Peruvian Cajón Day for many years.