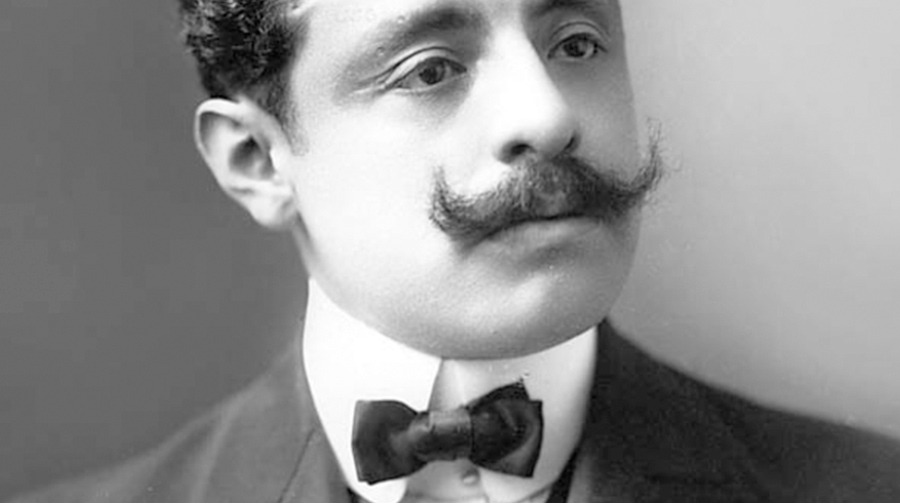 There once was a Peruvian who always dreamed of walking on the moon. And he worked all his life to get as close as possible to achieving his goal. We’re talking about Pedro Paulet, one of the most inspirational minds of Peruvian engineering. Paulet's dream dates back to his childhood in Taibaya (Arequipa), at the end of the 19th century, when the boy was making his own fireworks using reeds and gunpowder.

His excessive love for astronautics began by chance thanks to his friendship with a French priest named Hipót Duhame, who served as his guide and teacher. One day, the priest gave Paulet a copy of From the Earth to the Moon, by the famous writer Jules Verne. The book soon became his most precious object, as did other titles by the French writer that stimulated his futuristic vision. This was the breeding ground for his great scientific projects.

As Paulet grew so did his interest in astronautics. However, the lack of financial means almost left him without a higher education. Fortunately, his countrymen had already spread the word of his talent, so the rector of Universidad San Agustín invited him to apply to his university. Paulet showed up for the exam and had to face a demanding jury. The young man’s presentation ended with a standing ovation and in 1890 his engineering career began.

Immersed in books, formulas and talks with teachers, he was able to give shape to numerous projects and investigations, which earned him great recognition from the scientific community. So the government granted him a scholarship to continue his studies in engineering and architecture at the Sorbonne University in Paris.

Paulet was able to fine tune one of his most innovative projects in France: the rocket engine. The idea was to make it run on liquid fuel at a time when the great powers preferred gunpowder. At that time, Paulet was admitted to the French Astronomical Society, where he studied, along with other scientists, the constitution of the atmosphere and the creation of a machine that could ascend to the sky.

In 1902, he put forth his great project: a metal plane, without propellers, with a delta wing and an ovoid cabin. This placed him ahead of great aviation pioneers, such as the Wright brothers, who in 1903 made the first flight aboard an airplane. Although Paulet was full of revolutionary ideas and worked hard to bring them to fruition, the lack of financial support was to slow down his travels. However, the world would remember. The model created by the Arequipa native was presented sixteen years later in the first treaty on aerodynamics in Germany.

In 1927, Paulet himself would reveal that the design of the rocket plane had actually been created long before it came to light. The scientist wrote in the newspaper El Comercio:

“[...] What prompts me to write this letter is to note that the rocket plane project was conceived and studied by this writer thirty years ago, when he was a student at the Institute of Applied Chemistry at the University of Paris. This project of mine therefore predates the construction of modern airplanes.

During his lifetime, Pedro Paulet passed on his visionary ideas to his daughter Megan, who continued to nurture these contributions. “When you grow up and my invention becomes a reality, you and I will travel to the moon. And if because of my age I were to die, you would follow in my footsteps,” he said to his successor. Paulet, left this world in 1945, but his legacy has continued over time. NASA used his contributions to help put Apollo 11 on the surface of the moon in 1969. Today, a plaque honors the Peruvian engineer at the Smithsonian Institution's National Air and Space Museum in Washington, D.C., home to the largest collection of airplanes and spacecraft in the world.

In March this year, the Ministry of Culture recognized the writings of this aeronautics pioneer as a National Cultural Heritage. The collection consists of nine documents full of sketches, drawings, records and autographs made by Paulet during his years of research.

Innovative Peru: eco-friendly cans of paiche and other Amazonian fish to be produced

Seven Peruvian Fintechs were in Mexico