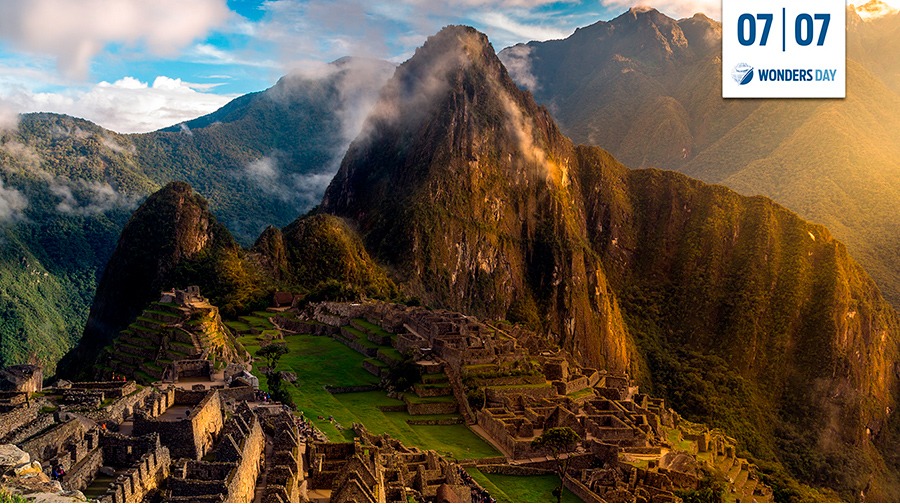 "What simple and precise word will I invent / To speak to you, My Stone?", asked the Peruvian poet Martin Adam when he spoke of Machu Picchu, a jewel of Inca architecture that is now celebrating, with no crowds or orchestras, another year of being chosen as one of the New Seven Wonders of the Modern World.

It was selected in Lisbon, on July 7, 2007, after a vote via Internet in which one hundred million Internet users participated. An achievement that not only fills Peruvians with pride, but the entire world.

On that historic night, Machu Picchu shared a podium with other ancient relics: the Great Wall of China, the Nabatean city of Petra (Jordan), Christ the Redeemer in Rio de Janeiro (Brazil), the Mayan city of Chichen Itza (Mexico), the Colosseum in Rome (Italy) and the mausoleum of the Taj Mahal (India).

On the day of the ceremony, host Hilary Swank said "We are gathered here tonight to celebrate the ability of human beings to dream and to resist, to build and to preserve”. A motto that could well apply to Peru now, as it begins to rouse itself from a pandemic.

In the midst of the 21st century, when everything, and nothing at the same time, seems resolved, the Historic Sanctuary of Machu Picchu is still standing, guarded by the Apu Huayna Picchu, at some 8,000 feet above sea level, surrounded by forests and vines, and questioning us about the past and the future.

Who moved the rocks to raise the walls? Who assembled their structures with the utmost perfection?

Machu Picchu is the main tourist destination in Peru, with one and a half million visitors every year. After the Spanish Conquest, it was rediscovered by the American explorer Hiram Bingham in 1911. This architectural complex is the most important legacy of the Incas, a civilization that inhabited South American lands between the 15th and 16th centuries. The Incas worshipped Mother Earth (Pachamama), the Sun God (Inti), the Moon (Mama Quilla), and corn (Mama Sara). They lived according to strict moral precepts like Ama Sua (Don't be a thief), Ama Llulla (Don't be a liar) and Ama Quella (Don't be lazy). They achieved a remarkable geographical expansion that extended from near Pasto in Colombia to the Maule River in Chile.

It was a highly organized civilization, whose economy was based on agriculture, with products such as potatoes, corn, quinoa, olluco, peanuts and fruits, superfoods that flood the world today thanks to exports.

There isn't a Peruvian who cannot identify a postcard of Machu Picchu, even if they have never visited it, and who does not understand its historical and cultural greatness, as well as the need to preserve it.

Personalities and myths behind the citadel

Many figures from the world of culture and entertainment have surrendered to the magic of Machu Picchu over the years. These include the American singer Cole Porter (who was there in 1939), Pablo Neruda (1943), Ernesto 'Che' Guevara (1952) and more recently Zac Efron, Ricky Martin, Juanes, Cameron Diaz, Owen Wilson and Jim Carrey.

There are also many myths surrounding the construction of this Wonder of the Modern World. For example, there are those who claim interplanetary or mythological intervention in the placement of the enormous stones that form the sanctuary. Whereas current research argues that it was rather the union and effort of the ancient Peruvians who were behind such a feat.

"Some 3,000 to 4,000 people were needed, among them prisoners of war, called piñas, and populations separated from their communities and enslaved by the Inca, known as the mitimaes", notes San Marcos historian Juan Carlos Hidalgo.

Where did the stones and water come from to irrigate the complex, other visitors ask. The rocks, says the historian, come from the same Huayna Picchu hill, so there was no need to move them from their original location. What is more, at the top of the same hill, water from the clouds gathers and then flows down in the form of streams or puquiales to irrigate Machu Picchu.

Another detail that is not widely known by visitors is the fact that the citadel is not completely finished. Commissioned by the Inca Pachacútec, the completion of Machu Picchu was probably postponed due to the arrival of the Spanish. Could it have been bigger then? Probably.

Another common belief among tourists is that Machu Picchu was the house where the Inca lived permanently. "It was not like that", adds Hidalgo, "but Machu Picchu basically fulfilled two functions: it was a house of rest for the Inca and at the same time a sanctuary in honor of the Sun God. Hence the choice of the Urubamba Valley: a secluded place where the Inca could be in touch with the Hanan Pacha or World Above".

When it's time to travel again, be sure to visit this Wonder of the Modern World that holds many mysteries still to be discovered!

First you have to go to Cusco. Once travel is allowed, you can take a flight from Lima. The travel time is approximately one hour and fifteen minutes. Or you can travel by bus. The route takes about twenty hours from the capital. Once in Cusco, you have to travel another 1 hour and 45 minutes to Ollantaytambo, and 2 hours more from there by train to Machu Picchu.

It is important to reserve the tickets or the tour in advance. The best season to go to Machu Picchu is between April and October, which is the dry season. It is recommended that you take warm clothes and pills to prevent altitude sickness. 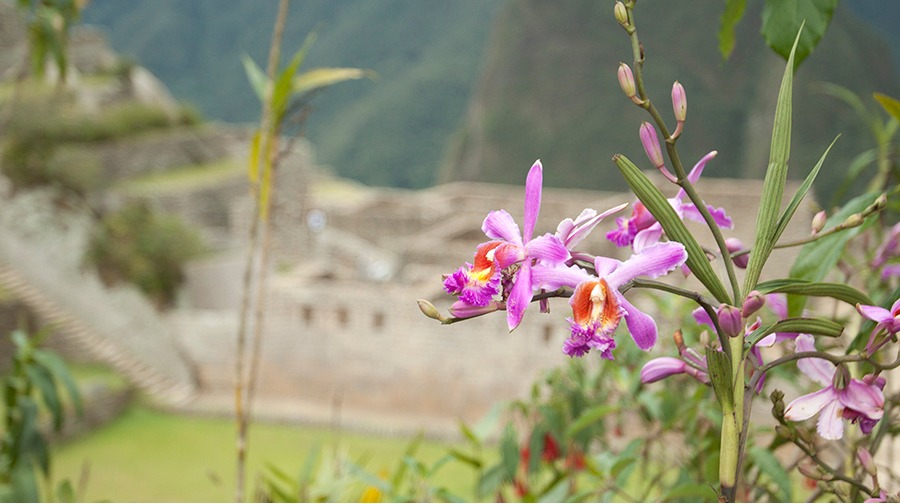 Machu Picchu is not only a Wonder of the World, it is also a paradise of outstanding biodiversity