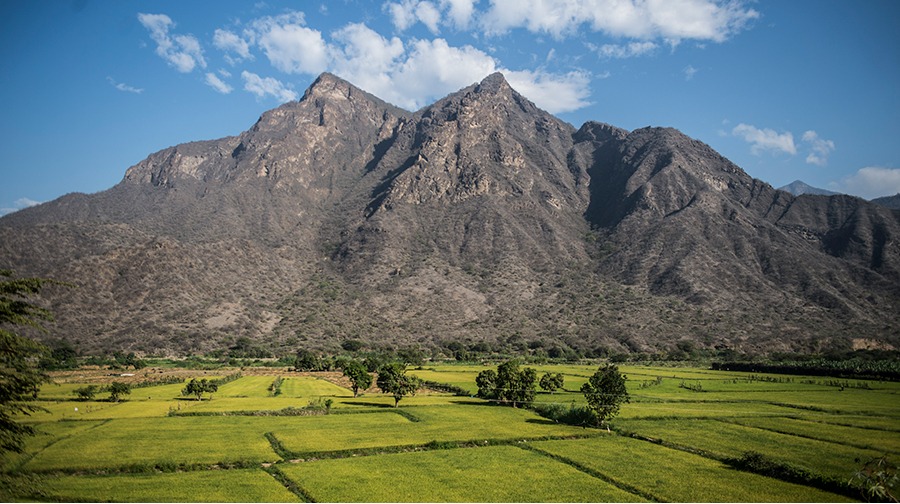 A natural jewel is hidden in the department of Lambayeque. The Laquipampa Wildlife Refuge (RVSL) is located in the district of Incahuasi – province of Ferreñafe – and it comprises more than nineteen thousand hectares that are home to several exotic species. Not to mention that this place also stands out for its beautiful flora, making it a stunning setting which no one should miss.

Here, there are a range of endangered animals such as the Andean bear – the only species of its kind that lives in South America – and the white-winged guan; according to scientific studies, there are only 400 specimens of this majestic bird left living in the wild, while there are 100 living in captivity and in danger of being sold. The lowland paca, the spectacled bear, the red-headed parrot, jays, wildcats and the northern tiger cat also live here.

For this reason, in 2006, the National Service of Natural Areas Protected by the State (Sernanp), officially recognized this place – which has been considered a protected area since 1982 – as the first wildlife refuge in Peru.

This dry forest also boasts a wide range of flora. You can find native species such as: higuerón, hualtaco, faique, cherry, palo santo, huayrul, guayacan and hierba santa. As well as a range of medicinal plants, such as the overo and the flor blanca, and various other plants that are used for producing dyes, such as the walnut tree and the pasallo.

Laquipampa –which in Quechua means "Pampa of Tears"– was also home to the Inca ancestors, since a number of archaeological artifacts have been found that date back to between 1000 and 800 BC, the period in which the creation of the great Andean civilizations began.

The refuge has become an unmissable destination for ecotourism enthusiasts visiting this area of northern Peru. "This Wildlife Reserve receives between 1,500 to 1,600 tourists each year. This low number is surprising because there are so many potential resources in the area. The resources are there, but there is low tourism activity, which is mainly related to the difficult accessibility to these places and the lack of promotion of these sites," explains William Martínez Fingín, head of the ecological and cultural complex.

He also pointed out that the area that is open to visitors is the lower part, as this is where all the tourist activities are located. The upper part, on the other hand, is where all the biodiversity is found. For this reason, tourism does not affect the ecosystem of the place. "We can observe no negative impact on conservation efforts," he stated.

Martínez highlighted one of the most popular activities that the place offers: watching the white-winged guan – which, as mentioned above, is endangered. To make the experience a pleasant one, Martínez suggested arriving at the site in the early hours of the morning – between 6 and 8 am – as this is when the bird leaves its nest to look for food.

For adrenaline junkies, there is also the excellent option of trekking to Laquipampa. Certain routes, such as the one that passes through the Shambo ravine, allow visitors to enjoy a closer experience with nature.

RVSL is located 50 miles northeast of the city of Chiclayo, which is equivalent to two and a half hours by public transport.

It is advisable to wear light clothing, sneakers, sunscreen and mosquito repellent, and bring water and snacks for the journey.