Did you know that Peru has one of the best hotel chains in the world? 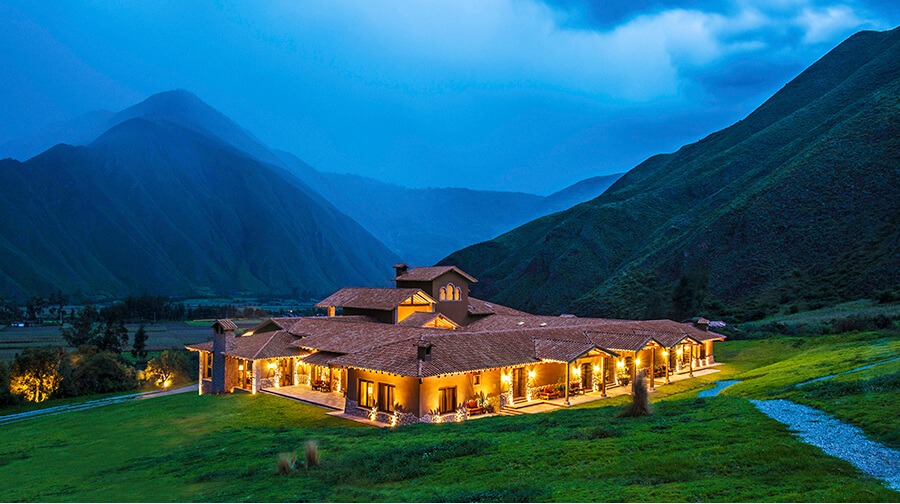 At the top. Peru's pioneering ecotourism chain, Inkaterra, was named the third best hotel brand in the world in the World's Best Awards 2019, given by the prestigious American travel magazine, Travel+Leisure.

Inkaterra is currently the only Peruvian brand in this ranking, which acknowledges the 25 best companies in the hospitality industry. Founded in 1975, this hotel chain maintains a commitment to scientific research and biodiversity conservation.

Its properties are located in Tambopata, Machu Picchu, the Sacred Valley of the Incas and the city of Cusco. More than 200,000 travelers stay at its facilities every year, seeking to discover the historical and natural wealth of Peru.

These are their main attractions:

It retains a commitment to the development and preservation of the different species that inhabit its properties. That is why, since 1978, Inkaterra has been making inventories of flora and fauna to measure the impact of ecotourism on natural environments.

For example, 903 species of birds have been recorded within their areas of influence. This figure is equivalent to the total number of bird species in Costa Rica. This indicates that Peru is one of the destinations with the greatest potential for birding, as confirmed by the World Birding Rally organized by Inkaterra and PromPerú.

This hotel consortium also conserves 372 species within the world's largest native orchid garden, according to the American Orchid Society; and has to date discovered 29 new species for science, all found inside their facilities

Developed by the Inkaterra Association NGO, scientific research and conservation initiatives are the main source of inspiration for the trips that the brand offers, highlighting the Inkaterra Canopy Walkway, a system of hanging bridges almost 100 feet above the ground and designed to study the wildlife that inhabits the canopy of the forest.

It also has the Andean Bear Rescue Center inside the Inkaterra Machu Picchu Pueblo Hotel, for the benefit of the only bear species native to South America; as well as GreenLab, at its Madre de Dios headquarters, the first DNA analysis laboratory in the Amazon Basin.

Each of Inkaterra's hotels is defined by its own personality, based on authenticity and the optimization of resources, seeking to minimize the environmental impact of buildings on the environment and to keep millenary cultures alive.

Inkaterra Machu Picchu Pueblo Hotel is a village of white houses hidden in the Andean cloud forest, amidst gardens, streams and stone paths. The Madre de Dios facilities have cabins inspired by the Ese’Eja culture and are built with native materials, in harmony with the natural landscape.

At the same time, the first boutique hotel in Cusco, Inkaterra La Casona, is a sixteenth century colonial mansion whose guests included the conqueror Diego de Almagro and Simon Bolivar. Restored over five years to preserve its original design.

From the countryside to the table

Another important attraction of this chain of hotels is its gastronomic offer. This involves inviting their guests to immerse themselves in the open space, the serenity and to gently unwind.

To celebrate the colors and flavors of each region's traditional cuisine, executive chef Rafael Casin has devised the Earth to Table concept, in which he uses various local produce grown by travelers themselves in Inkaterra's organic gardens.

Inkaterra has a new collection of spas, which have received good reviews from the magazines Tatler and Condé Nast Traveler. One of them is located in Urubamba, the Mayu Spa, overlooking the green mountains of the Sacred Valley. It offers guests the experience of walking through its healing garden, a splendidly cultivated field where various medicinal herbs can be grown and converted into natural products for use in the chosen therapy.

The Tambopata Amazon Reserve has the Ena Spa, which Forbes described as follows: "Located on the banks of the Madre de Dios River in the depths of the Amazon forest, ENA Spa seeks to connect travelers with nature, using products made with local ingredients in all its treatments and offered in cabins with panoramic views.