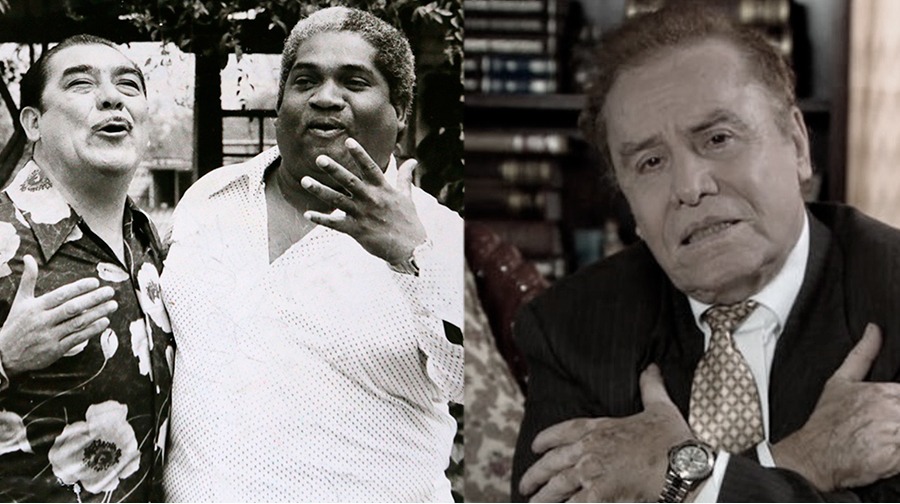 “Unidos el norte, el centro y el sur” (“North, center and south united”), proclaims one of the moving verses of the song that managed to fulfill one of the greatest dreams of Augusto Polo Campos, its composer: to unite Peruvians through music. Contigo Perú (With you Peru) does just that. It was initially a song created in connection with the qualifying rounds for the 1978 World Cup in Argentina and as a follow up to their other hit Y se llama Peru, but with the passing of time, it became the second national anthem.

In 1977, General Augusto Vinatea, commissioned by the then President Francisco Morales Bermúdez, appealed to Augusto Polo Campos to create another hit to help encourage the national team. According to the composer's son, Marco Polo Campos, he was given a maximum of fifteen days to bring to life a song that could also reflect a pure and genuine sense of national pride. This artistic piece had a price tag and was going to be compensated with the sum of 15 thousand dollars.

They closed the deal and Augusto didn't waste a minute; he crossed over to Café Haiti – formerly located in front of the Government Palace, in Lima's Historic Center – and on the back of a bill he began to write the lyrics of the highly sought after composition. No more than fifteen minutes had passed when he returned to the General's office with the finished song, bringing with him a guild of fishermen whom he had summoned as jurors.

“The General was surprised by his visit and asked if he had forgotten anything. My father said no, you told me 15/15, look at your watch, how long has gone by. 15 minutes. Your song is ready. He started singing it out loud and during the part that goes: ‘te daré la vida y cuando yo muera me uniré en la tierra contigo Perú’ (‘I will give you my life and when I die I will join you in the earth, Peru'), both the fishermen and Vinatea shed tears of emotion,” says Marco Polo Campos.

The song is nine months older than Marco, so he grew up seeing and hearing his father be moved to tears as he performed the waltz that swept through the football stands and became a hit that unites his countrymen during times of celebration, as well as in harder times.

The success of the song is also due to the majestic work of the masters Arturo 'El Zambo' Cavero, the lead voice, and Óscar Avilés on guitar and backing voice, with whom Augusto also recorded Y se llama Perú. His impeccable work, says Lucy Avilés – the artist's daughter – transcended borders and was recognized internationally.

On June 3, 1987, five artists, among them Óscar Avilés, Augusto Polo Campos, Arturo Zambo Cavero, Jesús Vásquez and Luis Abanto Morales, were recognized by the Organization of American States (OAS) as a Musical Heritage of America, in a ceremony held in Washington D.C. “That night, everyone was infected by the musical performance, and my father and Arturo were no exception. He told us that they were very excited, maybe even a little too excited. At one point during the performance of Contigo Perú, Cavero stopped and started adding lyrics to the song. It was at this moment he proclaimed: ‘yo sí soy capaz de darte mi vida y si yo muriera, tendría la dicha de unirme en la tierra contigo Perú’ (‘I have the power to give you my life and if I died, I would have the joy of joining you in the earth, Peru’). People didn't know what to do, they were applauding, crying and Cavero was so worked up that my father got really worried because he was so emotional that he felt something might happen to him. To the point where I could hear his cries,” says Lucy.

After the presentation, Augusto, who had recorded everything on tape, called the Avilés family home so they could hear the emotional show he and Cavero had given. “The fact that we were the first to hear that performance will always be a great anecdote,” she recalls. She was 16 years old when Contigo Perú was first sung.

Lucy treasures her memories of the many times she accompanied the duo to the Miraflores club Lalo Ugarte, where the well-known Sachún is today, or when she took part in the creative meetings they both held in their homes. But, without a doubt, it was the time she shared the stage with them during a tour in Mexico that was one of the most emotional musical moments of her life.

For her, as well as for Marco, the formula for success of this and other hits of Creole music played by her parents and Zambo Cavero is respect, creativity and a deep love for Peru.