These are the most beautiful lagoons in the Huascarán National Park 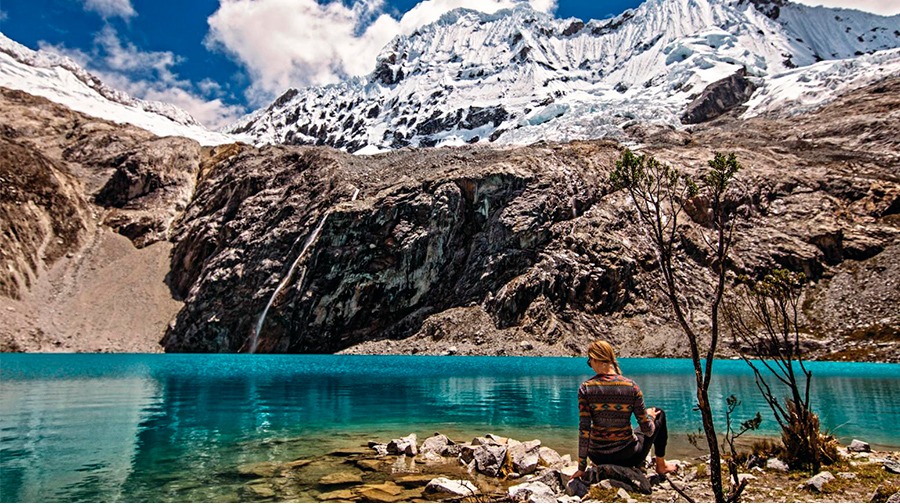 Located 83 kilometers from the city of Huaraz, one of the most utopian and majestic destinations in Peru can be found: the Huascarán National Park, a habitat with rich biological and cultural diversity.

This earthly paradise comprises just under 840,000 acres that cover the provinces of Pomabamba, Yungay, Carhuaz, Huaraz, Huaylas, among others, in the middle of the Cordillera Blanca.

It has gigantic peaks, among them the snow-capped mountain of Huascarán, which stands at 22,205 feet above sea level. It also holds a large group of ravines that emerged from glacial erosion and beautiful lagoons that leave even the most demanding travelers breathless.

All in all, the park contains 600 glaciers and 300 lakes formed by the snow-capped mountains.

One of the most outstanding lagoons in the area is Purhuay, a turquoise sheet of water that is just under 2 miles long and is guarded by large mountains and eucalyptus forests. It is located very close to Huari, in the district of Conchucos.

The Querococha lagoon, on the other hand, lies on the slopes of the snow-capped mountains of Pucaraju and Yanamarey. This scenic landscape is located 12 miles to the northeast of Recuay, on the road to Chavín. It is possible for visitors to reach it by boat.

21 miles east of Caraz is the Parón lagoon. This gem offers a picture-postcard view of the snow-capped Artesonraju.

The famous Llanganuco ravine also stands out, which has two beautiful glacial lakes whose waters stand between the snow-capped mountains of Huascarán and Huandoy . It is also the starting point of the María Josefa hiking trail, which ends at a picturesque stream where you can go flower and bird watching.

Huascarán National Park has an amazing ecosystem. According to the National Service of Natural Areas Protected by the State (Sernanp), the area’s optimal conditions make it possible to encounter impressive wildlife. Among its inhabitants are the wild cat, the spectacled bear, the Andean cat, the north Andean deer (taruca), the grey deer, the skunk and the weasel. Local camelids include the viscacha and the vicuña.

A wide range of birds also live in the area. The Andean condor, the giant coot, the Andean gull, the Puna tinamou, the white-tufted grebe and several species of ducks are some of the birds that can be seen.

There is also a vast amount of vegetation. About 779 species have been detected. Among them, the puya Raymondii stands out, one of the most protected plants in the park due to the fact that it has the largest inflorescence in the world. The relic queñua and quishuar forests are also notable.

Huascarán National Park is a star attraction for those interested in Peru’s ancient history. So far around 33 archaeological sites have been found, including Cullicocha, Queshquepachan, Paccharuri, and Quilcayhuanca, among others. Irrigation canals, platforms, roads, terraces for cultivation, among other structures, have also been found.

These remains, together with the rock art, are living proof of how advanced the ancient Andean civilizations were.

The park is an ideal setting for all those interested in adventure sports. It has 102 climbing destinations and 25 trekking routes. It is also possible to ski, go on adventure walks and go mountain biking. Visitors can also enjoy experience-based tourism.

Come and join the adventure when it’s time to travel again!

Huascarán National Park was founded in 1975 and was awarded the title of Biosphere Reserve by UNESCO in 1977. In 1985 the entity awarded it the status of Natural World Heritage Site. 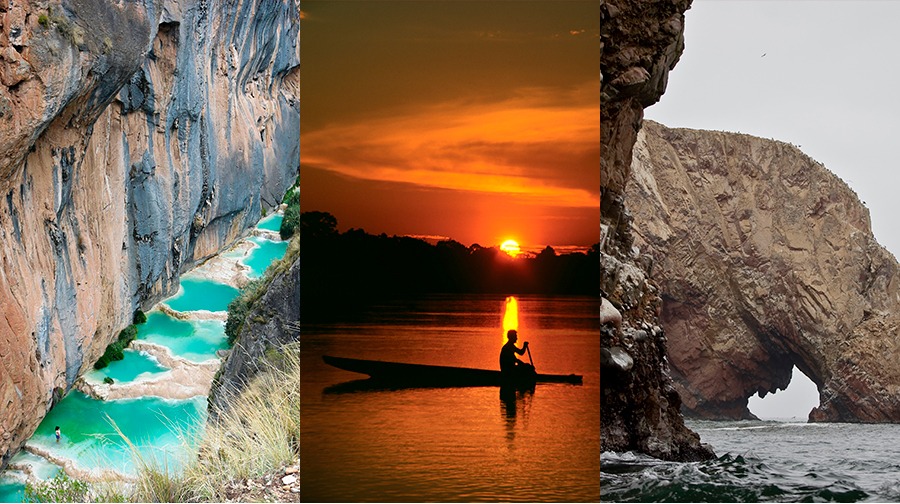 Five Peruvian landscapes that will fill you with calm