Yacon: 6 benefits of consuming this domesticated root from the Peruvian Andes 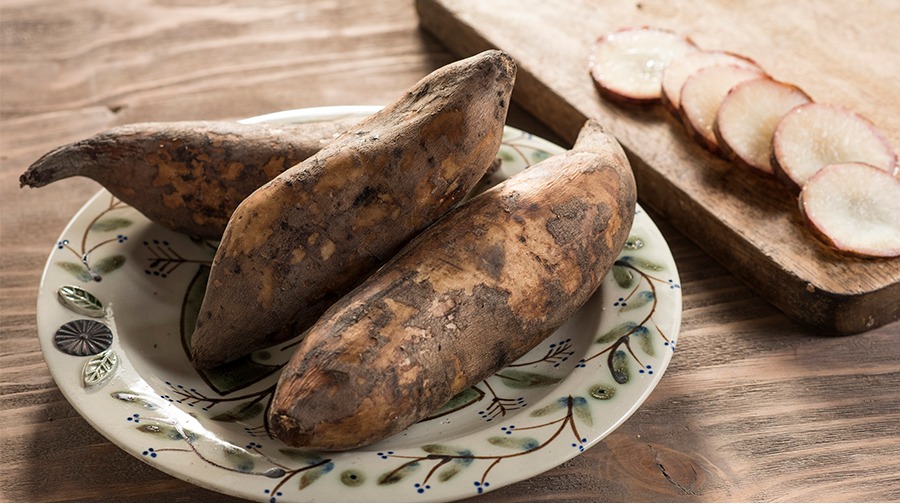 Yacon grows in the more temperate area of the Andes. In Peru, this tuber is grown in Amazonas, Cajamarca, San Martín, Pasco, Cusco, Apurímac and Puno. At first sight, its shell (rough and somewhat brown) can lead to confusion as it has the appearance of a yuca, but it actually has a sweeter and crunchier texture. According to the Ministry of Agriculture (Minagri) its interior can be white, yellow, purple, orange and, in some crops, it surprises with pink spots.

Also known by its scientific name Smallanthus sonchifolius, it can be used in its entirety: from its root, to prepare juices, to its leaves, used to make herbal tea. The ancient Incas already knew about its goodness and ate it during their religious celebrations.

It was first documented in 1615, by Guamán Poma de Ayala. The scholar included yacon in the list of 55 plants cultivated in the Andes, according to the book Nueva Crónica y Buen Gobierno (‘New Chronicle and Good Government’).

Yacon is on the list of Peruvian superfoods thanks to its multiple health benefits. Specialists have highlighted its use for preventing heart disease and the appearance of oncological problems. Its seasonal availability, which is all year round, means it can be eaten at any time of the year. Here are some reasons why it should not be missing from your table.

It prevents colon cancer. The nutritionist Mewsette Pozo argues that it is thanks to its high dose of fructooligosaccharides, a type of sugar that is beneficial for the large intestine, as it supplies good bacteria to the intestinal flora. “This food can also be considered as a prebiotic, helping to prevent colon cancer, improve intestinal transit, and prevent constipation, among other things,” she says.

It helps patients with high cholesterol. A number of studies have found yacon leaves to be highly beneficial for those who suffer from high cholesterol. This occurs because they possess hypoglycemic properties that reduce and regulate blood glucose levels. It is advisable to consume it as a hot beverage.

It helps with weight loss. Despite being a tuber, says the nutritionist, yacon does not have a high content of starch, in which carbohydrates are found, which makes it a low-calorie ingredient. It also contains fiber: ideal for improving intestinal transit. It is ideal for adding to salads or juices.

It benefits the bone system. Yacon roots contain calcium, a mineral that strengthens bones and teeth. In addition, it helps promote muscle growth and ensures the proper functioning of the nervous system. Calcium helps prevent bone fractures and osteoporosis.

Phosphorus can also be added to its list of benefits; its presence in the human body guarantees energy and, like calcium, a healthy bone system. Its absence, however, could cause weakness, anemia and weak bones.

Manufacturers of beauty products have also found yacon to be a golden elixir. Therefore, it is also possible to find it in essences and concentrates. Furthermore, in order to make its amazing properties more readily available, it can be acquired in other innovative forms: in cereals, flakes, energy bars, snacks and also in flour.