Jesse Katayama: The Japanese tourist who marveled at Machu Picchu and Peruvian hospitality 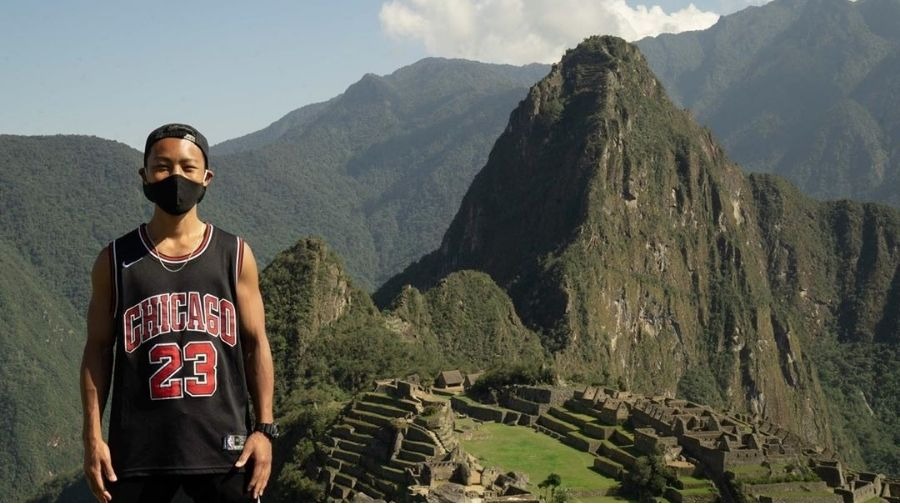 The long wait and the setbacks proved no obstacle for a Japanese citizen named Jesse Katayama, who arrived in Peru to learn more about the local culture and its majestic destinations, and who managed to fulfill one of his greatest aims: to visit the imposing citadel of Machu Picchu.

Katayama, like other tourists who had arrived in the capital of the Inca Empire before the quarantine decree, was surprised by the measures imposed by the Government of Peru to reduce the health crisis caused by COVID-19.

Due to the impossibility of getting to know the sanctuary, Katayama had to wait many months until the epidemic began to subside and the measures were relaxed.

Devotion to the sanctuary

It was on March 14, to be exact, the date when President Martin Vizcarra ordered the mandatory social immobilization, just when he was a few miles away from his destination, in the town of Aguas Calientes, that the news took Jesse and the other tourists by surprise.

Without losing his calm, Jesse, 26 years old, decided to stay and wait in the town until the situation was more conducive to fulfilling his dream.

"I wanted to visit Machu Picchu, but the day before I did, the sanctuary closed due to the COVID-19 pandemic. I stayed with the only aim of discovering Machu Picchu and I won’t leave without doing so", he declared as soon as the isolation was decreed.

And so it proved. Initially, the wait was to be just two weeks - as stipulated by the Government. However, those 15 days would turn into seven long months.

Jesse waited calmly as he knew that one more day would slowly become one day less. He stoically endured the lockdown in Aguas Calientes. As far as possible, he added experiences and tried to gather as many stories as possible. Strictly respecting the measures established of course. He gradually made friends and endeared himself to the inhabitants, who made him feel at home.

Following the notable flattening of the contagion curve, and with the economic recovery underway, the possibility of considering the word "tourism" again in the daily conversation became a reality.

The news encouraged the Asian, who is from the city of Osaka, and he soon set about the process of making his dream come true.

Aware of his extended stay and his efforts to remain in Cusco, the authorities agreed to help him fulfill his aim.

This was when, on October 10, with permission and the health protocols fully observed, Jesse Katayama became the first person to set foot in Machu Picchu after it closed its doors.

Jesse could not contain his happiness. Under his mask, it was possible to see an overwhelming joy. And he made this clear in his Instagram account, as you can see in this link.

The snapshot left by Jesse, who will return to his country once his wish is fulfilled, has become a good luck symbol for the revival of tourism, one of the main economic engines of Peru.

After a series of assessments, the World Travel and Tourism Council (WTTC) decided to award Peru the Safe Travel Stamp. This means that the  South American country will be able to reactivate its tourism activities by applying standard international protocols endorsed by the WHO and the CDC.

"Tourism is the economic activity that has been worst hit by the coronavirus pandemic. So to reactivate it we want to offer visitors the best possible travel experience, with quality tourist destinations and services and complying with strict biosecurity protocols. We have the commitment of the public and private sectors. We're coming back, it's time", said the head of Mincetur Rocio Barrios, who received the award accompanied by Premier Walter Martos. 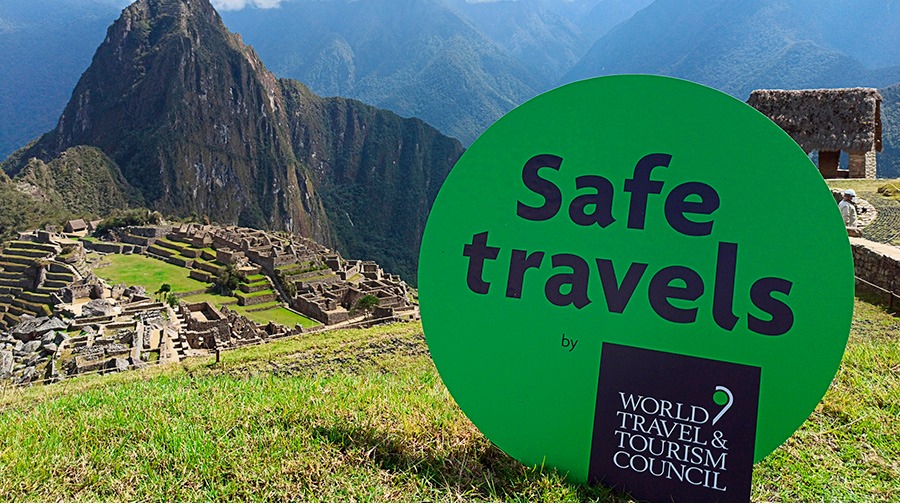 Peru among the safest tourist destinations in the continent